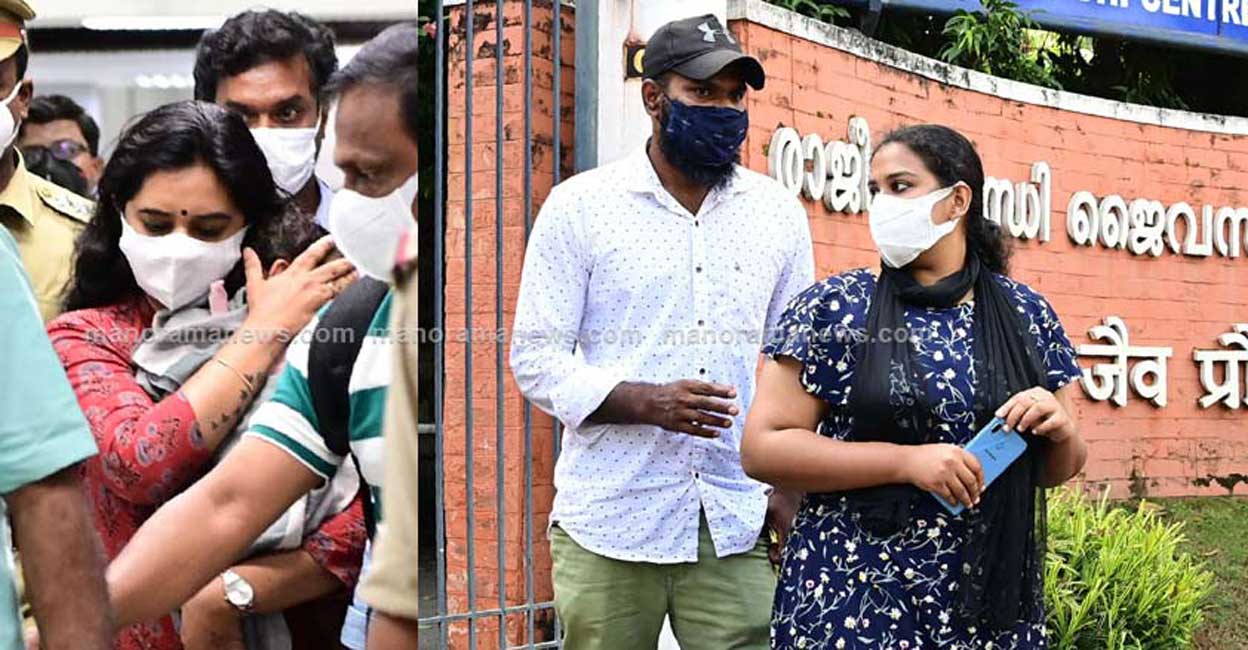 Thiruvananthapuram: The result of the DNA test on a baby, whose adoption sparked a dispute in Kerala, is expected to be handed over to the Child Welfare Committee (CWC) on Tuesday.

Family court will hear the case on November 30.

The child was brought back from Andhra Pradesh to Kerala on Sunday evening by a team of officials from the Kerala State Council for Child Welfare (KSCCW).

The one-year-old boy, who was placed with a couple’s foster family in Andhra Pradesh, is believed to be the child of former student activist Anupama S Chandran, who has raised allegations against his parents for kidnapping the baby shortly after birth. and give him up for adoption by the KSCCW without his consent a year ago.

The results of the DNA test held here at the Rajiv Gandhi Center for Biotechnology (RGCB) will reveal whether Anupama and his partner Ajith are the child’s biological parents.

The infant who is currently in the care of the CWC. Anupama and Ajith were called to the RGCB and their samples were also collected for DNA analysis on Monday.

“Officials said the result would be released by tomorrow (Tuesday) or the day after,” Anupama said, but expressed concern over whether the child’s samples collected were hers or not.

She expressed her dissatisfaction with the CWC’s decision to collect samples from the couple and the child separately.

On November 18, the CWC issued an order directing the KSCCW to return the child to Kerala.

A team, led by KSCCW officials and including an escort from a special juvenile police unit, received the foster parents’ child on Saturday in Andhra Pradesh and brought him back to Kerala. The team reached Thiruvananthapuram Airport on Sunday evening.

The child was placed in a childcare institution in accordance with instructions from the CWC.

Anupama, 24, and her partner Ajith have been demonstrating for several days in front of the KSCCW office in Thycaud, demanding to get her baby back.

Anupama had accused her father, a local CPI (M) leader, of forcibly removing her newborn baby shortly after her birth a year ago and alleged that although she complained to the police on several occasions since April, they were reluctant to register a complaint against members of his family.

However, Peroorkkada police here said a case had been registered against six people – her parents, her sister, her sister’s husband and two of her father’s friends – and that the delay occurred while they were were waiting for legal advice.

The incident sparked political controversy and the government announced a ministerial investigation into the incident.

Last month, the family court suspended the child’s adoption process and ordered police to submit a detailed report on the case under seal.