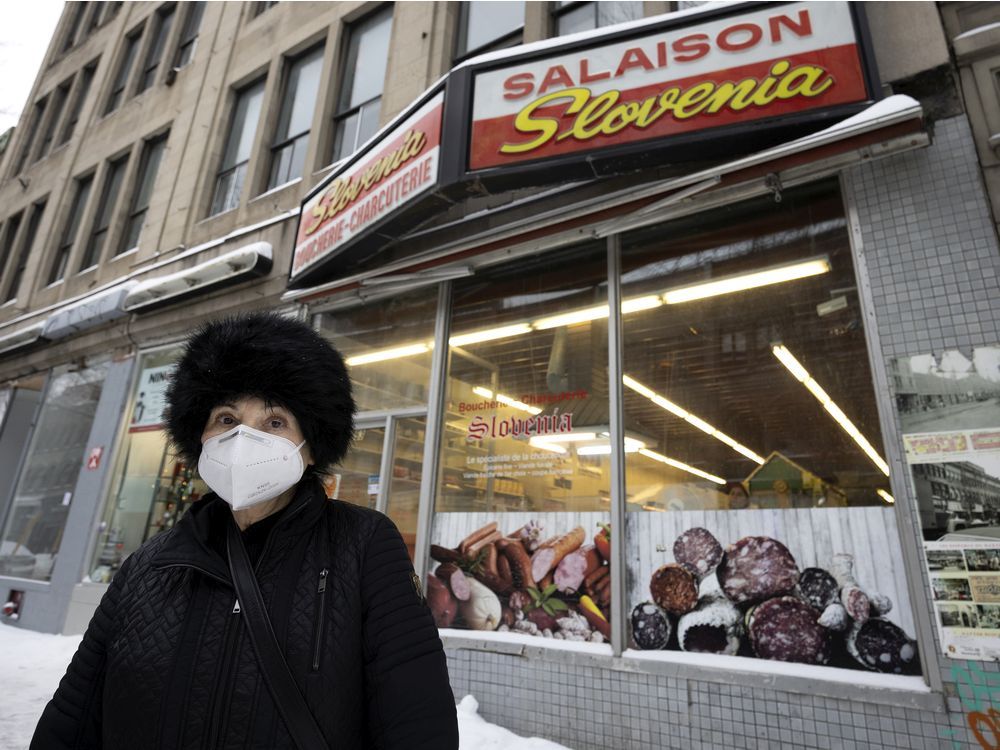 Another loss for Montreal: the butcher shop in Slovenia will close after 50 years

Manon Provost ordered the sweet sausage on Wednesday, an order she has kept for more than 40 years.

“I always order sweet; I’m not crazy about spicy. My dad was,” Provost said as he stood outside Specialty Slovenia Boucherie Charcuterie on Wednesday.

Now in her 60s, Provost first visited the store when she was a child with her parents. She still buys all her meat from the butcher shop, which is one of the remnants of a bygone era when the Main was full of small, independent, family-run shops.

“You get a piece of beef here, and it melts in your mouth,” she said, holding up her bag of veal rings. “It’s great, high quality. In the 30 years that I’ve been coming here, I’ve never had a bad piece of meat.

The butcher shop, which opened its doors half a century ago, announced on Facebook on Tuesday that it would close permanently at the end of the month. January 29 will be the last day. Owners Jean Teixeira and Lourdes Rodrigues declined to comment on the closure to a reporter, but loyal customers said they were told the owners could no longer afford to keep the store open.

Provost heard the news on Facebook and said she was saddened.

“Of course, before they close, I’m going to come here to stock my freezer,” said Provost, who lives in the neighborhood.

Antonia Caserta, another longtime customer, only learned of the store’s closure when she visited on Wednesday.

“I’m shocked; it’s such sadness that this institution is closing,” she said, standing outside the shop. “I’m so sad. It just breaks my heart.

Caserta recalled the old shops and bakeries of the turn of the last century, such as the Vieille Boulangerie St-Laurent with its danishes and its rye breads which closed in 2002 after 90 years, a store which sold pickled herring and the multitude of clothes shop.

“It was such a joy to shop here,” she said. “There were all kinds of ethnic restaurants and shops, and the people were very friendly and they all had a story they were willing to share with you. It was so much part of Montreal’s history.

Next door, one of those long-time business owners said he heard about the butcher while speaking to a reporter on Wednesday.

“It’s a great loss,” said Nino Seby, whose Cuisinerie Nino has survived for 47 years. “It is now more difficult to meet sales because the city center is closed. We have to be patient with (COVID-19) and we have to hope the government will help the little guys.

Seby said the area used to be a destination because it catered to a multicultural clientele.

“It was dynamic here and always busy. This street was lucrative; we had English, French, Portuguese. All the tourists came here.

Caserta agreed, adding that the shops on the street today have a generic quality, so the neighborhood has lost its cachet.

“At the end of the day, not all of us want to go to Lululemon,” Caserta said. “There’s so much more to life than spandex.”

Sign up to receive daily news from the Montreal Gazette, a division of Postmedia Network Inc.

Thank you for your registration!

A welcome email is on the way. If you don’t see it, please check your spam folder.

The next issue of Montreal Gazette Headline News will soon be in your inbox.

We encountered a problem during your registration. Try Again