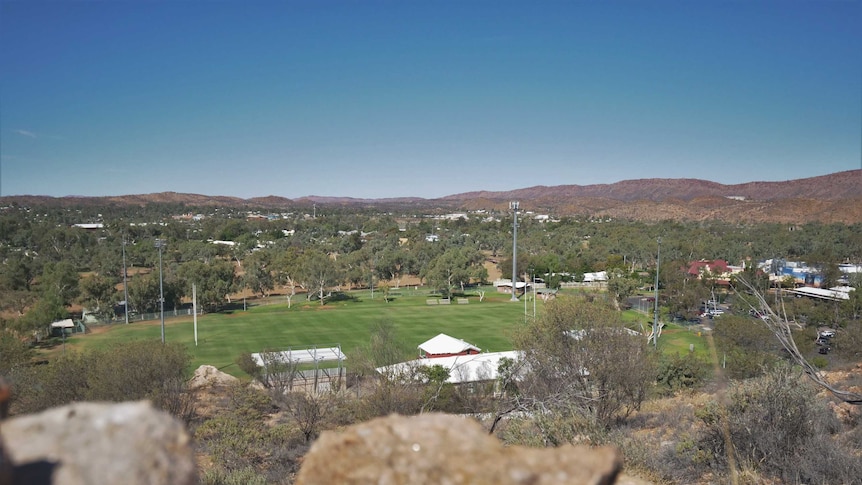 Alice Springs Town Council will take no further legal action to prevent the Northern Territory Government from acquiring the town’s Anzac Oval as the site of a proposed National Aboriginal Art Gallery.

The government committed $50 million and appointed a committee led by prominent Indigenous leaders in the arts to lead the project in 2017.

Five years later, after unsuccessful negotiations with traditional owners over where the gallery should be built, and South Australia moving forward with its own center for Aboriginal art and culture, the NT project is no longer still just an idea.

But the city council, which previously tried to stop the government from forcibly acquiring Anzac Oval, will now walk away, effectively handing over the site.

“We’ve come to the end of the road,” Mayor Matt Paterson said.

“I understand it’s such a controversial topic, it really is. It was probably done wrong from the start, but we need to move on now.”

The gallery could be a game-changer

The dispute was taken to the Northern Territories Civil and Administrative Tribunal (NTCAT) last year, resulting in a recommendation to Infrastructure Minister Eva Lawler to give more consideration to traditional owners’ concerns before to move forward with the project.

Mr Paterson said the result was a success and the council would not pursue other legal avenues in the Supreme Court, which would be costly and time-consuming.

He said the council had represented the concerns of the community and it was time to “get out of the way for the NT government [could] get down to business”.

“At this stage, if it’s going to happen to Anzac [Oval], I hope the government will move forward.”

The board made its decision at a confidential special meeting in November.

Mr Paterson would not say how much money the council expected to receive in compensation for the oval.

The Minister continues his consultations

In a statement, Ms Lawler said the government was beginning the process of acquiring Anzac Oval.

She said that since the publication of the NTCAT report, she had met with board members and the chief executive of the Lhere Artepe Aboriginal Corporation.

Ms Lawler said she also had “ongoing communications” with the Traditional Owners, the City Council and Tourism Central Australia.

“I also continue to pursue meetings with the Mparntwe guardians with whom I have not personally spoken about the land acquisition.”

The Aboriginal Areas Protection Authority (AAPA) disputed the NTCAT’s recommendation to consult more with traditional owners, saying it was “based on a number of errors of fact”.

In a letter from AAPA executive director Benedict Scambary to Ms. Lawler’s department, obtained by the ABC, Mr. Scambary wrote:

“The authority undertook extensive consultations with Mparntwe custodians regarding the NAAG and the protection of sacred sites between May and August 2018.”

He noted that the consultation process “does not seek approval of the project by the custodians”, but rather focuses on the protection of sacred sites.