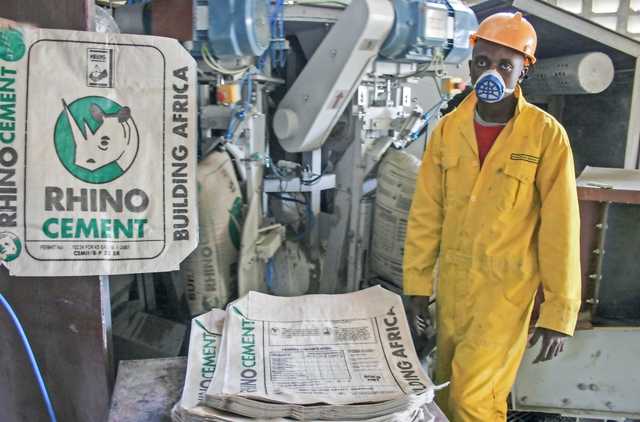 The life of ailing cement maker ARM Cement will end this week (September 30) when joint directors begin to wind up the company to pay off outstanding debts estimated at $ 103.82 million.

The co-directors – George Weru and Muniu Thoithi of PricewaterhoueCoopers (PWC) – said in a circular to creditors dated September 21 that their terms of administration of the company were to end on September 30 in accordance with a court ruling of 9 September. .

Further recoveries were made possible by the resolution of a $ 23 million Capital Gains Tax (CGT) dispute with the Tanzania Revenue Authority (TRA) over the sale of Maweni Limestone Ltd.

According to the circular, ARM’s tax liability under this transaction (Maweni) was reduced to $ 4 million from $ 23 million following negotiations with the Tanzanian tax administration.

As a result, the total surplus (after settlement of all Maweni liabilities and realization costs) resulting from the sale of the Maweni business which is available for distribution to ARM’s creditors next month (October) amounts to to $ 21 million.

These funds will be distributed to ARM’s secured and unsecured creditors who will each receive $ 17.69 million and $ 3.3 million, bringing their total compensation to $ 42.63 million and $ 4.81 million respectively.

â€œWe anticipate that these funds will be received by ARM in October 2021 for distribution to the Company’s creditors,â€ according to the Joint Administrators.

Further recoveries from the Maweni transaction, if any, are not expected to exceed $ 5 million, according to the directors, while in Kenya a capital gains tax (CGT) dispute with the Kenya Revenue Authority (KRA) amounting to $ 4.73 million relating to the sale of ARM’s assets and business to National Cement Company Ltd for a total consideration of $ 50 million has not yet been resolved .

“Collection from the respective categories of creditors could improve further if the Directors succeed in releasing additional amounts from the residual holdbacks relating to the Kenya and Maweni transactions,” they said.

In mid-January 2021, the directors received approval from the Registrar General of the Rwanda Development Board to begin the liquidation of Kigali Cement Company Limited (KCCL) with the aim of settling any claims against the company and achieving an orderly liquidation. Business. of the branch.

The directors then appointed a liquidator who is currently pursuing bidders for a transaction which would see the realization of the assets of the company or any other pleasant transaction.

However, the directors noted that ARM is unlikely to generate a surplus from the liquidation of KCCL given the amount of creditors’ claims received relating to KCCL and the estimated realizable value of KCCL’s assets.

The transaction for the sale of ARM Tanzania Ltd has not yet been completed although the directors have already received offers to purchase the shares.

â€œWe are waiting for the South African court to rule on the matter. We anticipate that this decision can be rendered no earlier than one month after the date of this letter. We will continue to keep creditors informed of this matter â€, according to the co-administrators.

In South Africa, a court has yet to render a ruling in which minority shareholders have filed a petition requesting the annulment of the shareholders’ agreement and the transfer of ARM’s shares in Mafeking Cement to themselves, citing non-execution by ARM.

ARM subscribed to 70 percent of Mafeking’s shares in May 2009 and signed a shareholders’ agreement which provided for certain activities, related to the development of the deposit held by Mafeking, which ARM was to complete within a prescribed time frame.

In February 2019, minority shareholders filed a petition requesting the annulment of the shareholders’ agreement and the transfer of ARM’s shares in Mafeking to themselves, citing ARM’s non-performance.

In addition, on August 6, 2019, the minority shareholders succeeded in initiating an emergency procedure to prevent ARM from selling or disposing of their shares pending the outcome of the litigation.

The new Insolvency Law (2015) allows companies in financial difficulty to go through an administrative process to explore possible avenues of recovery before being put into liquidation.

However, ARM, which was placed in receivership by the United Bank of Africa (UBA) for default on August 17, 2018, has failed to recover from the financial bruises caused by the mismanagement of its former directors.