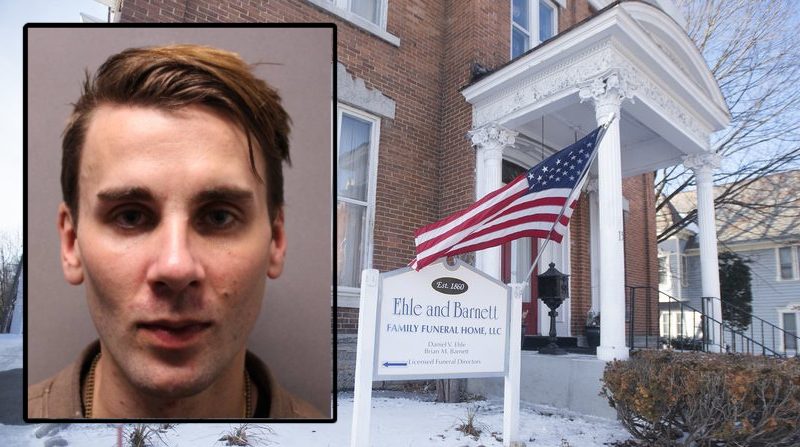 JOHNSTOWN – The former owner of the Johnstown funeral home, where the current owner was accused of mishandling human remains, is now suing the current owner for the balance of the mortgage plus interest and late fees.

According to a March 24 lawsuit filed in Fulton County Court.

The lawsuit alleges Brian M. Barnett, 35, who now faces a myriad of criminal charges for allegedly improperly storing four corpses and at least 18 containers of human remains, failed to pay his mortgage the last summer.

The lawsuit says Barnett pledged on July 2, 2014 to pay Ehle $313,000, plus 5% interest for the property, with monthly payments of $2,065.66. The lawsuit names Matthews International Corporation as Barnett’s judgment creditor.

The suit alleges Barnett made the payment due on July 2, 2021. The suit says Barnett risks losing the property if he does not respond within 20 days.

Barnett turned himself in to police in February hours after the Johnstown Police Department announced on social media that it had an active warrant for his arrest. Barnett faces multiple charges, including grand larceny and concealment of a human corpse.

Barnett is currently out on bail after being taken into custody following a March 1 appearance in Johnstown City Court.

More from The Daily Gazette: