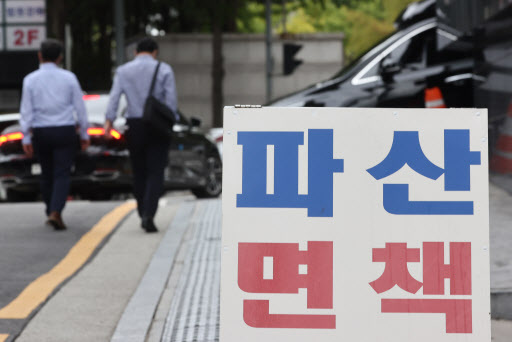 Bankruptcies soar by more than 10% as pandemic wreaks havoc

Personal and business bankruptcies in South Korea increased by more than 10% last year, according to data released on Monday, reflecting the economic impact of COVID-19 on businesses and households.

According to the report published by the National Judicial Administration, the number of personal bankruptcies filed in 2020 increased by 10.4% compared to the previous year, from 45,654 cases to 50,379 cases. Last year’s tally was the highest number since 2015.

The report also noted that the number of business bankruptcies filed last year rose to 1,069 cases, up 14.8%, or 138 cases, from the previous year. This is the first time this figure has exceeded 1,000 since record keeping began in 2004.

The sharp increase in personal and business bankruptcies over the past year may have been caused by COVID-19 and the associated economic contraction. During the same period, bankruptcy discharge applications increased 10.28%, or 4,614 cases, to 49,467 cases. The courts granted releases in 38,390 of these cases.

A bankruptcy discharge releases a debtor from personal liability for certain specified types of debt in the event of unavoidable hardship such as a natural disaster or economic fluctuation.

The report indicates that the number of requests for individual rehabilitation procedures, in which debt relief is offered to those who faithfully fulfill their obligations, decreased by 6.5% compared to the previous year, or 6,034 cases, to 86,553 cases last year.

The number of real estate auction applications fell by 9.8%, or 8,005 cases, to 73,403 cases due to rising house prices. When the real estate market is booming, there is usually less auction because sales are mostly done in the market.

Bayer investors (ETR: BAYN) are sitting on a 37% loss if they had invested five years ago

What to do if you don’t qualify for a $ 9.5 billion Biden student loan forgiveness in 2021