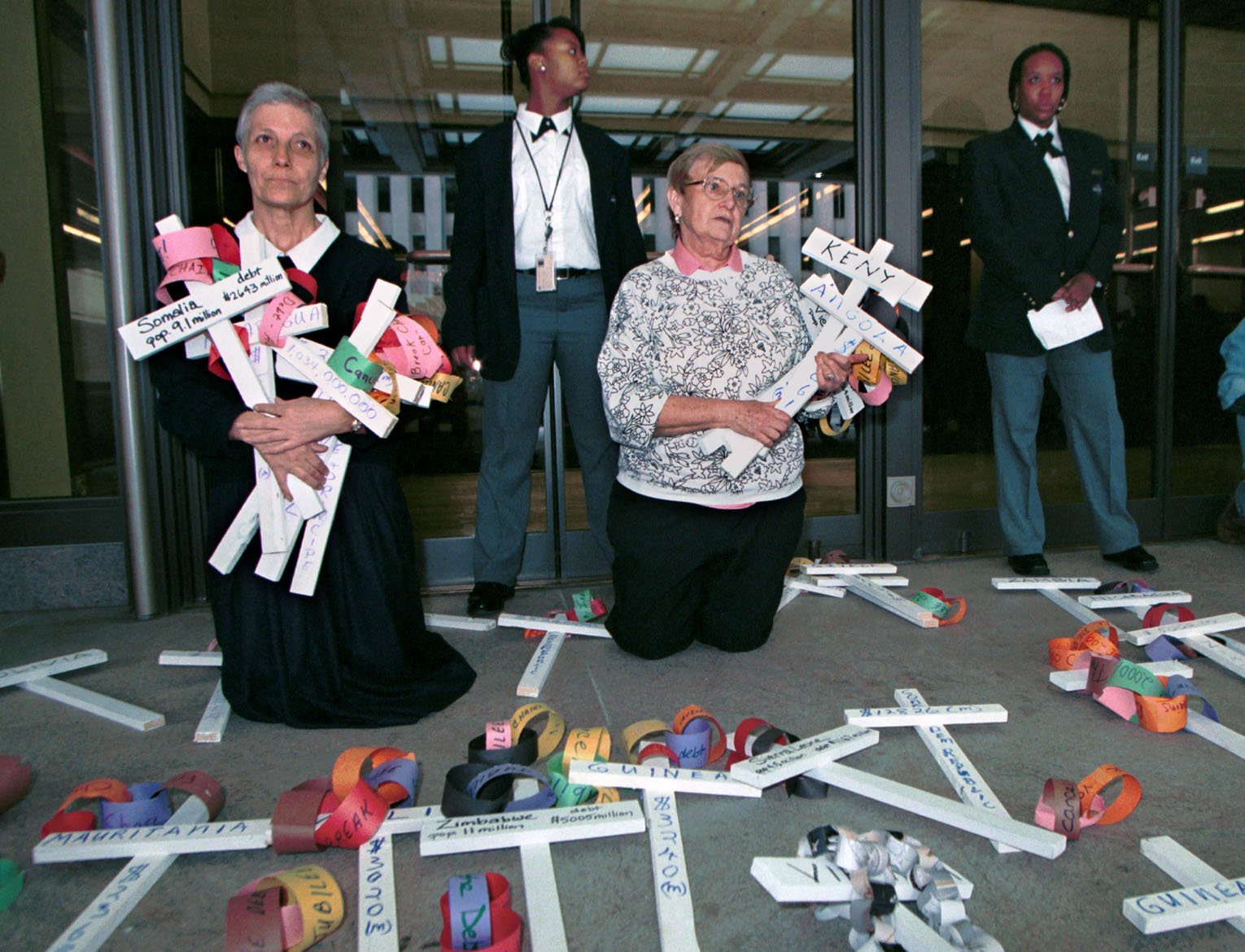 Catholic expert says if you want to help Ukraine, restructure its debt

NEW YORK – In September 2020, Pope Francis reiterated at the United Nations his longstanding plea for change in the global economic system, saying that “in light of current circumstances…all nations must be able to respond to the greatest needs of the moment through the reduction, if not the cancellation, of the debt which weighs on the balance sheets of the poorest nations.

At the time, Pope Francis was speaking about the impact of the COVID-19 pandemic. His calls for reform of the financial system have echoed Pope Benedict XVI, Pope John Paul II and much of the global church for decades.

With Russia’s invasion of Ukraine, a global finance expert says the challenges Ukraine is facing and will face in the weeks and months to come are the latest example of why these changes need to be brought.

“For Ukraine to get through the current crisis in terms of recovery and economy, it is essential that it has access to resources. One of those resources is being able to get debt relief and restructuring, in addition to any other kind of help they might get,” said Eric LeCompte, executive director of Jubilee USA Network. Node.

Jubilee USA Network is a coalition of faith, development, and advocacy groups focused on policies that help end global poverty. The organization and LeCompte regularly work with the Vatican and the United States Conference of Catholic Bishops to advocate for changes in global economic and climate policy.

Ukraine’s total debt is around $94.5 billion, according to the International Monetary Fund. LeCompte said that as Ukraine faces the crisis of the Russian invasion, the IMF, World Bank and the United States can take important steps to alleviate some of its economic challenges.

Ukraine’s debt to the IMF is around $13.4 billion, of which more than $2 billion must be paid this year unless it is restructured.

“This is a particular action that the IMF needs to consider now, and it would send a strong political signal in Ukraine’s favor if they were to restructure and shift those debt payments into the future,” LeCompte said. “Even if they don’t act now, it’s very likely to be something they have to do. [eventually]because Ukraine will not have the money to pay this debt.

IMF and World Bank leaders signaled their support for Ukraine in a March 1 joint statement, saying: “Our institutions are working together to support Ukraine on the financing and policy fronts and are increasing this support urgently”.

The statement does not mention Ukraine’s debt restructuring. In a statement to Node on March 4, an IMF spokesperson reiterated the organization’s commitment to support Ukraine, but pointed out that under the IMF charter it is “not allowed to write off debts or cancel a debt,” and instead stated that the organization’s ability to service the debt “is based on the availability of third-party grants for the repayment of these loans.

The IMF is, however, responding to Ukraine’s request for emergency financing through its Rapid Financing Instrument, which its executive board could consider as early as next week, according to the March 1 statement. The World Bank, meanwhile, is preparing a $3 billion support package in the coming months, the statement said. The World Bank has also stopped all its programs in Russia and Belarus due to the invasion of Ukraine.

Experts say the US government can do two things to ease some of Ukraine’s financial pressure. The first concerns the $28 billion owed to bondholders and commercial creditors, since US President Joe Biden could sign an executive order deferring any payment of private creditor debt with registered creditors in the United States. President George W. Bush did the same in the early 2000s for Iraq’s Private and Oil Debt.

Ukraine’s debt to the United States is approximately $790 million, of which $2 million is due this year. Like the IMF, the US Congress could vote to restructure or defer those payments, or the Treasury Department could act on its own.

“It would once again send a strong signal of support for Ukraine,” LeCompte said.

Among the many tough sanctions the United States and the world have imposed on Russia in recent weeks, LeCompte said that “in the short term it’s good to push, but we also have to recognize that in some ways they’re a bit brutal.” instruments.” He added that the way the global system is set up will ultimately limit the amount of resources Ukraine will receive.

“It is unfortunate that we lack the tools and the financial system to really be able to support countries in crisis, because all the actions that we can take, which are important, are piecemeal, and without some kind of process of bankruptcy and adequate aid, we ‘We will not be able to provide all the resources that Ukraine needs,’ said LeCompte.

The irreversible damage of climate change, the end of plastic pollution in sight and a discussion on the contribution of agroforestry to gender equality