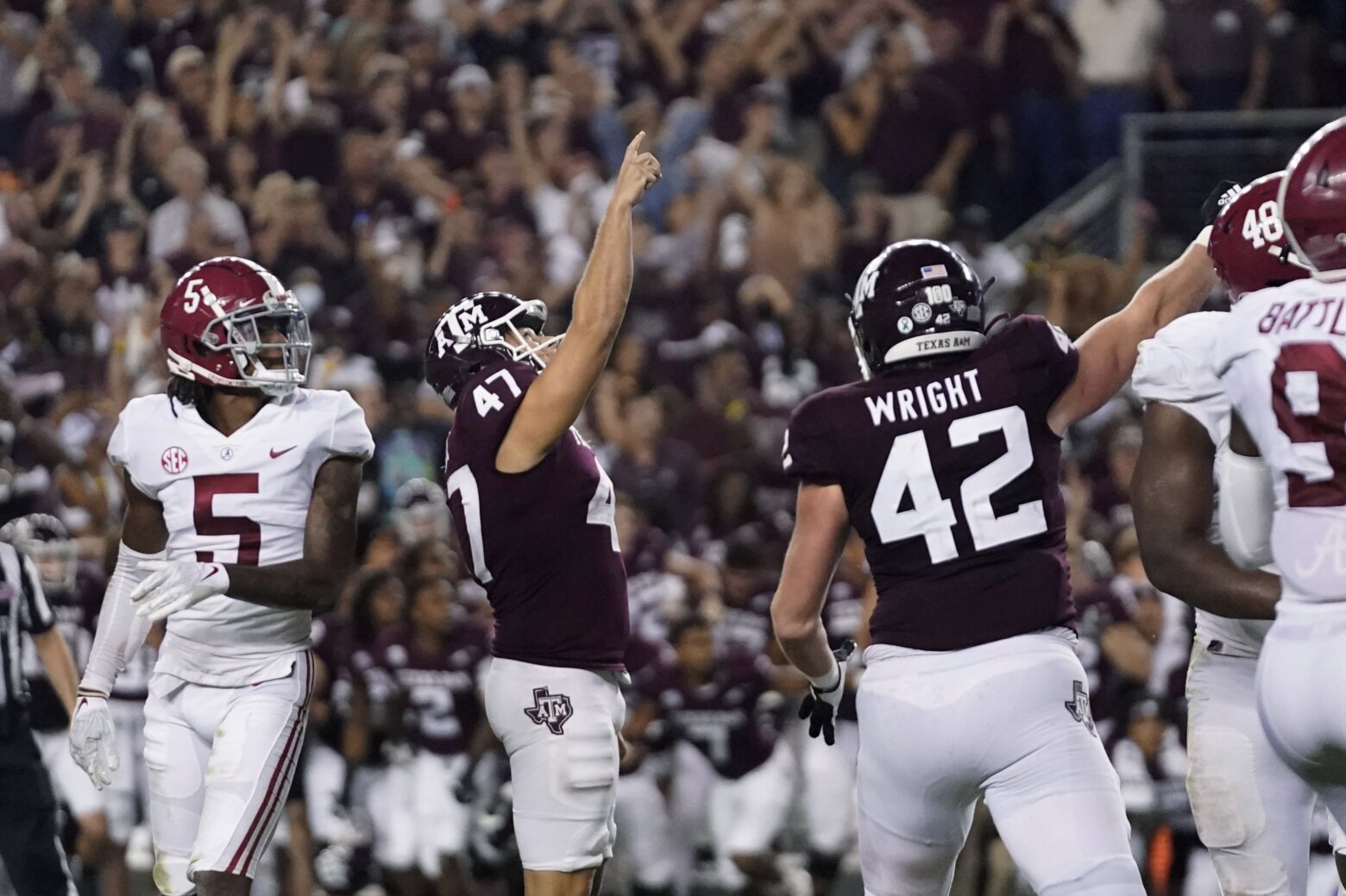 Alabama No.1’s surprise 41-38 loss to Texas A&M on Saturday gave the often-ho-hum world of college football a big blow in the arm.

When the king falls, the world notices him. And those who were one step behind see their opportunity.

Following the rout of Ohio State to Maryland, Virginia made a return to Louisville, the Navy experienced its disappointment with SMU and Virginia Tech’s heartbreaker against Notre Dame, fans were shocked during centuries.

Alabama’s No.1 surprise 41-38 loss to Texas A&M on Saturday gave the often-ho-hum world of college football a big blow in the arm.

Instead of asking “can anyone beat the Crimson Tide?” (I’ve written this exact article on this page in the past), we’ve got a race for the top spot with perennial underachiever Georgia finally taking care of business, the Iowa Dark Horse (if you’re playing in the Big Ten West, you lose Cred Street), Cinderella Cincinnati (Bearcats is visiting the Navy in two weeks) and Heart Oklahoma, who fantastically survived the Red River rivalry (Texas is back after all du disappointing point of view of his fans).

Meanwhile, Alabama is waiting for others to fall and biding its time. Welcome to the hunting season open for number one.

Maryland (4-2, 1-2 Big Ten) actually led Ohio State 3-0 before the Buckeyes opened the game by reaching the end zone in their first five discs. OSU didn’t score on their sixth possession as it started with less than a minute to go into the half and they opted to put up a knee. Ohio State would then score touchdowns on its first three possessions in the second half to win 66-17.

Virginia (4-2, 2-2 ACC) went from 17 points to Louisville 34-33. Victory was only assured when the Cardinals missed a last-second field goal, but just like that, the Cavaliers are at the heart of the Coastal Division race.

Navy (1-4, 1-2 AAC) took a two touchdown lead in the second quarter against No.24 SMU, then immediately cleared a kickoff return for a score. Head coach Ken Niumatalolo says the comeback killed his team, and even with plenty of time left, the Mids would end up losing to the Mustangs 31-24. And now they have a tight turnaround time with a trip to visit an enemy in the conference just days away.

Virginie Tech (3-2) hosted No.14 Notre Dame and scored on his first possession to put the Fighting Irish on their heels. The Hokies took a 29-21 lead with 3:55 left, but gave up a quick touchdown and a last-minute field goal en route to a 32-29 loss. Too bad for a special upset.