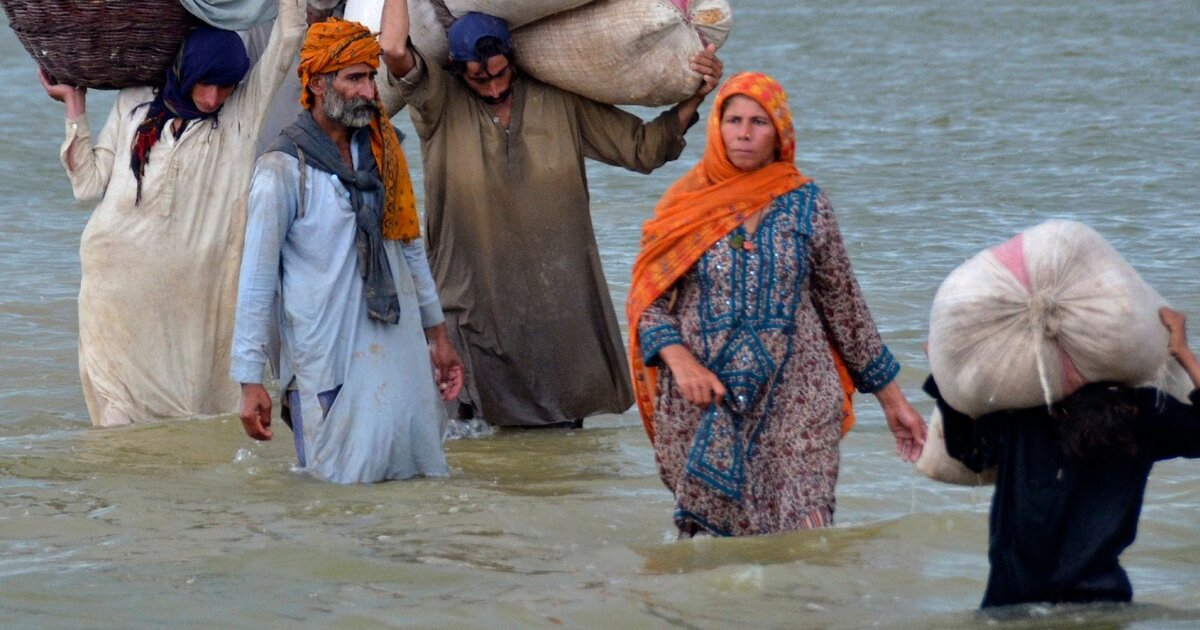 Double pain for Pakistan drowned in floods and debts

It is worth mentioning that Pakistan is one of 52 countries facing severe debt crisis [2]. The most critical issue facing the country’s economy is repaying and servicing its external debt, some $38 billion to IMF
IMF
International Monetary Fund
Together with the World Bank, the IMF was founded on the day the Bretton Woods agreements were signed. Its first mission was to support the new standard exchange rate system.

When the Bretton Woods fixed rate system came to an end in 1971, the main function of the IMF became that of being both policeman and fireman of world capital: it acts as policeman when it applies its structural adjustment policies and as a firefighter when he intervenes. to help governments at risk of not repaying their debt.

As with the World Bank, a weighted voting system works: according to the amount paid as contribution by each member state. 85% of the votes are needed to modify the IMF Charter (meaning that the USA with 17.68% of the votes has a de facto right of veto on any change).

http://imf.org, world Bank
world Bank
BM
The World Bank was founded within the framework of the new international monetary system set up in Bretton Woods in 1944. Its capital is made up of contributions from member states and loans on the international money markets. It has funded public and private projects in Third World and Eastern European countries.

It is made up of several closely associated institutions, including:

1. The International Bank for Reconstruction and Development (IBRD, 189 members in 2017), which grants loans in productive sectors such as agriculture or energy;

3. The International Finance Corporation (IFC), which provides both loan and equity financing to business enterprises in developing countries.

As Third World debt worsens, the World Bank (along with the IMF) tends to adopt a macroeconomic perspective. For example, it applies adjustment policies intended to balance the payments of heavily indebted countries. The World Bank advises countries undergoing IMF therapy on issues such as reducing budget deficits, rounding up savings, bringing foreign investors within their borders, or freedom of prices and exchange rates.

and other financial institutions, including loans from Chinese banks by the end of the current fiscal year.

The International Monetary Fund (IMF) has projected Pakistan’s external debt to reach $138.568 billion in 2022-23 from $129.574 billion in 2021-22. [3]. The country had to pay $15.071 billion in external debt service in FY22, compared to $13.424 billion in the previous fiscal year. The breakdown shows that $12.093 billion was paid in principal repayments and $2.978 billion in interest
Interest
Amount paid as remuneration for an investment or received by a lender. Interest is calculated on the amount of capital invested or borrowed, the duration of the operation and the rate that has been set.
Payments. Additionally, Pakistan has already paid about $65 million in IMF surcharges from 2018 to 2020 and is likely to pay another $392 million from 2021 to 2030 on top of its bloated debt repayments. claimant creditors debt servicing
Debt servicing
The sum of interest and amortization of the capital borrowed.
of $38 billion this year puts millions of lives at risk.

Constrained by limited options, Pakistan is considering reapplying for an emergency loan from the IMF as preliminary estimates suggest devastating floods may have caused nearly $10 billion in losses and the rate of economic growth could slow down to just 2% in the current exercise [4]. It is equally important to mention that in April 2020, the IMF approved $1.4 billion in emergency financing for Pakistan under the Rapid Financing Instrument (RFI) to help the country coping with the consequences of the Covid-19 pandemic.

While emergency aid is essential in the situation, the point is what is at stake in Pakistan. Last month, on August 22, the cash-strapped country was forced to accept the IMF’s deal to revive a bailout loan under the Extended Financing Facility (EFF) program worth $4 .2 billion. [5] loaded with very strict conditions of a huge increase in the prices of oil, gas, electricity and drastic cuts in social spending, etc., crushing the millions of the working class. Not to mention that over the next 12 months, Pakistan will need at least $41 billion to repay debt as inflation
Inflation
The cumulative rise in prices as a whole (for example a rise in the price of oil, leading eventually to a rise in wages, then to a rise in other prices, etc.). Inflation involves a fall in the value of money because, over time, larger sums are needed to purchase particular items. This is why business-oriented policies seek to contain inflation.
in Pakistan is growing by 26%, the second highest rate in Asia.

Although the most recent flood is different in nature from that of 2010 – the latter was a flash flood while the current is a river flood – in both cases it can be said that the damage caused by the two disasters is the result of climate change. change and misguided development policies across Pakistan. Over the past 17 years, Pakistan has experienced three major crises – before the current one. Although the nature and scale of these crises were different, two of them were caused by natural hazards — the 2005 earthquake, which affected 3.5 million people, and the 2010 floods which affected more than 20 million people.

Another vital aspect of this ongoing catastrophe is the horrific impact of climate change on Pakistan. It produces less than 1% of global carbon emissions and yet it is one of the countries bearing the worst consequences of the climate crisis. Over the past 20 years, it has consistently ranked in the Global Climate Risk Index among the ten most vulnerable countries. The climate catastrophe affecting millions of people in Pakistan has not yet worsened. Today, its floods are caused by torrential rains 400 to 500 percent above normal and melting glaciers. In the future, it will be water scarcity that will pose a greater risk to the survival of millions of people.

The multiple COVID crises, its economic impacts, worsening pre-pandemic hardship and escalating climate-induced disaster are already more than enough reason for Pakistan’s debt cancellation. The devastating floods in the country have made it even more urgent. It would be utterly inhumane for lenders – public and private – not to respond to this demand.

In such circumstances, immediate outright debt cancellation is a minimum requirement since Pakistan is no longer able to repay its loans and these floods have worsened the state of the country’s economy. In the current context, given the UN’s “state of necessity” rule, Pakistan must be allowed to use available funds to meet the life-saving needs of 33 million flood-affected people and not not repay its debt, without being sued for non-payment. its commitments.

Last but not least, rich nations must respect their just to share
To share
A unit of ownership in a company or financial asset, representing a portion of the total share capital. Its owner (a shareholder) has the right to receive an equal distribution of all distributed profits (a dividend) and to attend shareholder meetings.
global climate actions, to stop the catastrophic climate change of which Pakistan is the worst victim. It is high time to remind them of their climate finance obligations – to address loss and damage such as the people of Pakistan are currently experiencing.