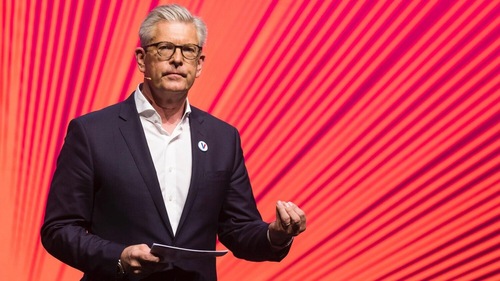 Ericsson expects US fines as digital loss hits $5.6 billion since 2017

“To put it simply, you’re ripping,” was the succinct and uplifting message from Ericsson CEO Börje Ekholm to his roughly 100,000 employees during today’s first quarter earnings call.

This is not how the financial markets currently seem to perceive the Swedish equipment manufacturer, despite all its successes under the leadership of Ekholm.

Shares fell around 6% in Stockholm this morning after the Ericsson boss warned investors to expect a US fine over a scandal in Iraq, where Ekholm admits former employees may have paid the Islamic State group, a terrorist organization, for the use of the roads.

“What I can say is that we believe this will likely result in monetary action, but the magnitude cannot be reliably estimated,” the precocious boss told investors and reporters over a short video link. reliable from the United States. “We are limited in what we can say about historical events.”

A fine of the same magnitude as the last settlement with the Department of Justice (DoJ) in 2019 would be around $1 billion. Worse still, the possibility of “other measures”.

Carl Mellander, Ericsson’s chief financial officer, declined to speculate when asked what it might be. The main risk is that US authorities will try to block Ericsson’s takeover of Vonage for $6 billion, a move Ericsson has positioned as key to its future growth strategy.

Prior to today’s announcement, Ericsson shares had fallen almost 24% since February 15, when Ericsson first admitted misconduct in Iraq.

The company’s Mobile World Congress was overshadowed by the case as US authorities said Ericsson breached its deferred prosecution agreement – reached in December 2019 after revelations of earlier misconduct in multiple countries – by failing to make further disclosures.

That same week, the DoJ also told Ericsson that previous disclosures about conduct in Iraq — made before Ericsson paid the latest billion-dollar fine — were considered “insufficient.”

At the time of writing, Ericsson’s share price is down 28% from its mid-February level, and today’s drop is concerning given the recent warning of Citibank that the stock could become “uninvestable”.

Other pain points included a 900 million Swedish kronor ($95 million) cost over the decision to suspend operations “indefinitely” in Russia, where Ericsson generates about 2% of its sales, as well as an unexplained write-down of SEK 300 million ($32 million) to Ericsson Ventures, the company’s investment fund.

Net profit consequently fell 8% for the first quarter, to about 2.9 billion Swedish krona ($310 million), compared to the year-ago period.

Yet most of the underlying businesses remain strong. Ericsson was still able to boast an 11% increase in sales to SEK 55.1 billion ($5.8 billion) – although the growth was only 3% at constant exchange rate – as well as market share gains in Europe.

Huawei, its main Chinese rival, has fallen out of favor in several countries. Nokia, its main European competitor, has paid the price for past problems with 5G products.

China’s real estate sector could improve; will not be a high-growth market: analysts