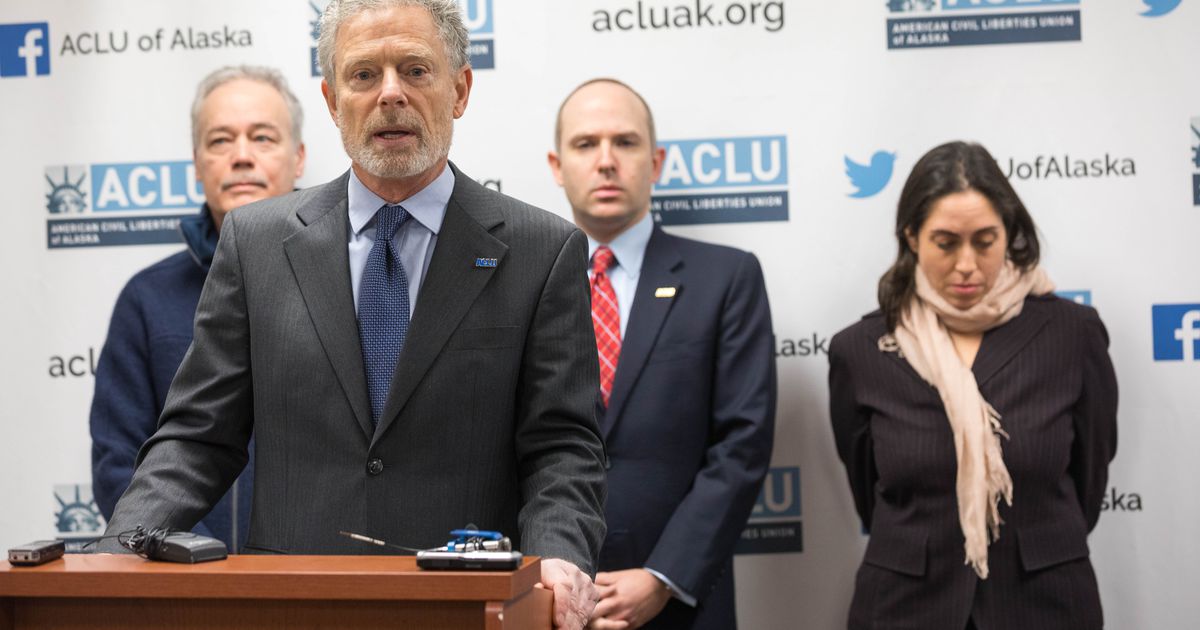 Alaska Governor Mike Dunleavy and his former chief of staff violated the U.S. Constitution and the Alaskan Constitution when they called for the resignation of approximately 800 state employees at will at the start of the administration de Dunleavy, a federal judge declared in a written order on Friday.

â€œThe defendants’ demand for the resignation of more than 800 employees at will, the acceptance or rejection of each resignation depending on a declaration of commitment to the employment of the State under the incoming administration, is sufficiently analogous as to its purpose and its effect to be considered an unconstitutional patronage practice, â€said Justice John Sedwick.

Both men could be held personally responsible and could be forced to pay financial and other penalties. Other lawsuits will decide on these sanctions, which could include an injunction limiting the ability of future governors to replace civil servants during post-election transitions.

The two were among hundreds of state employees who were asked to submit letters of resignation during the transition from former Governor Bill Walker.

Dunleavy’s chief of staff at the time, Tuckerman Babcock, said the letters were intended to confirm that employees wanted to work on Dunleavy’s agenda.

“The state of Alaska hired me for my expertise, not for my political allegiance,” Blanford wrote in a letter to the editor.

After the two were fired, they sued the State, Dunleavy, and Babcock with help from the Alaska Chapter of the ACLU. (A third employee, lawyer Libby Bakalar, also sued but then separated her case from the two doctors. Her case is still pending.)

â€œThe state maintained from the start that it was routine and that there was nothing political about it. The court has seen it all, as has the rest of the public for two and a half years, â€he said.

Brewster Jamieson, a lawyer representing Dunleavy in the case, said he is still reviewing the order and declined to comment.

Associated with the formulation of official documents and public statements, the Governor and Babcock “demanded a conspicuous commitment of political support, or at least deference, in return for continued employment, the effect of which was either to interfere or to defer. cool employees “the exercise of protected First Amendment rights,” the ordinance said Friday.

Exceptionally, Sedwick concluded that the men’s actions were so beyond normal that they could not be considered part of their normal duties as public officials. This can make them personally responsible.

According to a timeline set out in Friday’s order, lawyers involved in the case have two weeks to consult and determine next steps. If they can’t come to an agreement, the court could hold a trial to determine the amount of damages.

In the separate Bakalar case, which is also overseen by Sedwick, a final legal deposit is expected on October 25 and an order is possible by the end of the year.