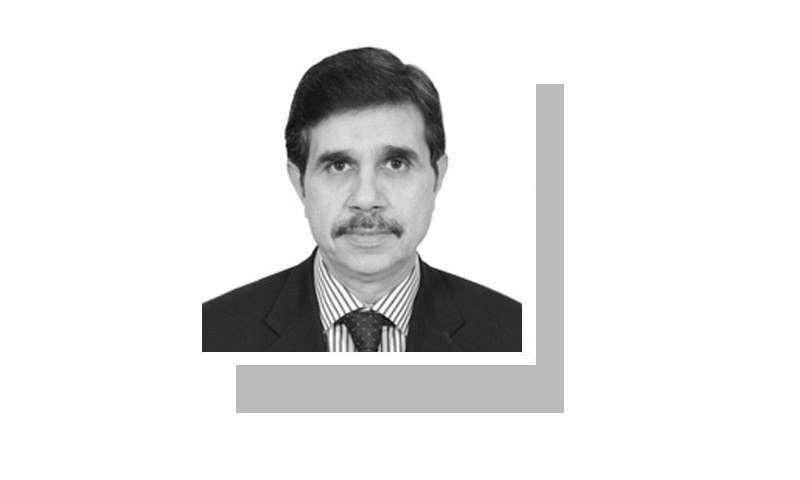 PASS the increase in international oil prices to consumers – that’s the classic solution. Prices have increased due to the war in Ukraine. A war-based solution, rather than a textbook, is needed.

Most countries in the world have not passed on the cost of Covid vaccinations to the population. These were once-in-a-lifetime pandemic costs. Attempts have even been made to protect against layoffs through social safety nets. The IMF gave us funds, without our asking, to fight the Covid-imposed recession. As this was a global issue, it did not raise concerns about our grants to control poverty and amnesties to launder money.

Despite the global rise in oil prices, the rise is seen as a local problem as many countries are wealthy enough to take the hit. Since there is no sympathy for a raise or a subsidy, we have to find a local solution.

How about all formal sector labor contributing a day’s wages to the public treasury? The salary budget for federal government civilian employees for 10 months of the financial year 2022 (July to April) was around 245 billion rupees. This amounts to around 25 billion rupees per month and 833 million rupees per day. The monthly petrol subsidy before the Rs60 hike was expected to be close to Rs150m. Thus, a single day’s salary of federal government employees should be enough to cover subsidy expenses for more than five months. Add to that the salaries of the armed forces, provincial government employees, and those working in self-governing agencies, and we have easily far more than the annual oil subsidy expenses. It is even possible to exempt low wage earners from contributing, especially if private sector employees in the upper brackets are made to contribute.

Giving up a day’s pay can help cover grant costs.

The accumulated amount can then be used to cover the gas subsidy. While the increase in the price of gasoline is highly inflationary, the drop in purchasing power due to the loss of a day’s wages would not cause any inflation.

If we run out of money to cover the gasoline subsidy, we can resort to public appeals like “qarz uttaro, mulk sanwaro” (pay off debts and let the country prosper), the 10% austerity measure and , of course, the ‘dam fund’. The accumulated dam fund may be somewhere and can be useful to cover at least part of the gasoline subsidy. Don’t forget the potential for photo ops, too, with real estate moguls and businessmen giving government checks to show their patriotism and concern for a government in need.

The gasoline subsidy to motorbike owners, which is very difficult to implement, would be a subsidy for the lower middle class rather than the poorest of the poor — the latter category who live off BISP subsidies do not have motorcycles and would bear the direct cost of rising prices while using public transport and facing the inflationary spiral.

Protecting anyone, even the poorest of the poor, against inflation is very difficult. Rising gasoline prices affect everything through the cost of shipping goods to market and energy prices. The government does not have the money to compensate even a small fraction of the poor for their loss of purchasing power.

The money paid by the nation in rupees in the form of daily wages would help cover the gasoline subsidy but would not provide the dollars needed to import fuel. To reduce the import bill, proposals like a four-day week should still be considered.

People argue that a cut in public spending would have to be drastic to make room for the subsidy. Stopping unnecessary current and development spending is the ultimate solution. However, given elitist habits, this is hardly conceivable in the short term. But dealing with gasoline prices requires immediate attention.

Yet those forced to give a day’s pay will wonder why they should pay for the elitist lifestyle of politicians and bureaucrats reflected in the use of expensive four-wheelers. It is a valid concern. But the inflationary spiral in gasoline prices will also increase freight costs and electricity prices. It would affect everyone. It is to save us from this spiral that the public should pay a day’s wages to the public treasury.

To convince the people, the government should cut at least some of the wasteful spending to create a positive outlook. For example, all government vehicles might be off the roads on weekends; the president, prime minister and ministers could avoid honoring inaugurations and conferences with their presence. To save money, there should be no television and print advertisements praising the government or criticizing the opposition. The number of people and cars in the entourage of Prime Ministers at home and abroad should be reduced. The offices of the Prime Minister’s camp in Lahore should be reduced. Finally, spending on the mantra of “petrol bombs” and “land mines” must be reduced.

The writer is a researcher.
[email protected]
Twitter: @Khawajaiderees11