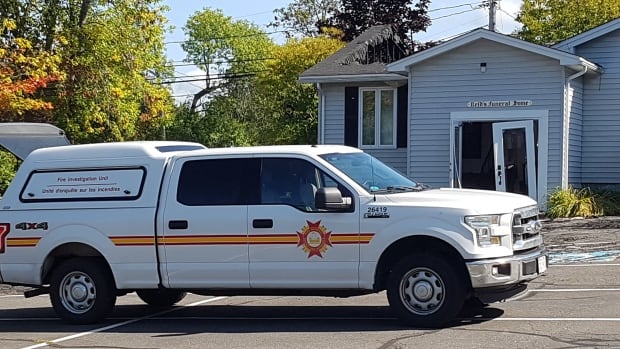 A large fire Thursday morning significantly damaged the Reid Funeral Home, one of Hampton’s oldest businesses with roots dating back to the mid-1800s.

Firefighters arrived at the scene on Main Street shortly after 3 a.m. after receiving a call from someone who had driven by the funeral home and noticed the fire.

Police were also at the scene approximately 39 kilometers northeast of Saint John.

No one was hurt, but the building is a “complete loss,” Raeburn said.

Raeburn, who was born and raised in Hampton, said everyone in the community knows the business and its owners.

â€œIt was a cornerstone of the community,â€ said Raeburn.

In a statement posted on its website, Reid’s said: “There was no harm to anyone resting at the funeral home and the urns stored at the scene pending burial have been saved.”

Raeburn confirmed that firefighters were able to recover a body from the house as well as an urn containing cremation remains.

Reid’s statement also says families in the community who need their services in the coming days will be staying in nearby funeral homes operated by the same owner.

â€œIt was quite devastating,â€ said home owner and manager Dyson Regular when asked how he felt as the building burned down. â€œObviously you’re caught in the moment, but we felt better when we secured these non-replaceable items. ”

Firefighters left the site around 10 a.m. on Thursday. The cause of the fire is under investigation by the Office of the Fire Marshal, but is not considered suspicious.