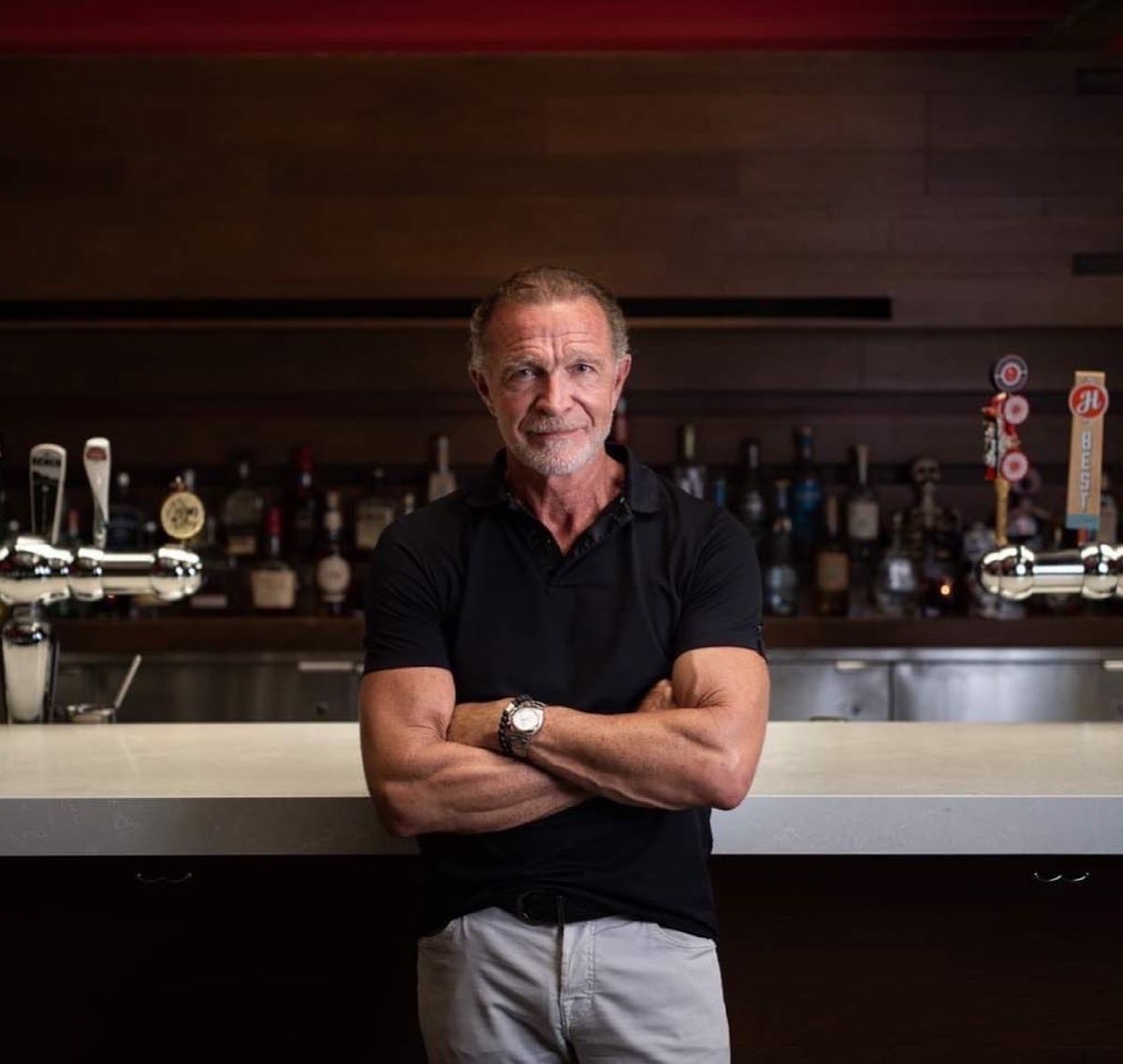 After years of running restaurants and building businesses, including events and delis, Mark McEwan felt confident.

That was 2019, and although Toronto-based McEwan Enterprises Inc. had been losing money in recent years as its operations expanded, Mr. McEwan believed things were headed in the right direction. His business had grown to include six restaurants as well as catering services, and derived income from media projects such as his role as chief judge on the Food Network show. Top Chef Canada. The company also operated two delis – and Mr. McEwan had big plans for a third, which would open at one of Toronto’s busiest intersections.

“I was a little overconfident,” Mr McEwan said in an interview, referring to arguably the most difficult period of his career.

The McEwan Fine Foods Market, located in the basement of a condominium on Yonge and Bloor streets, has never made a profit. (That project “was the biggest mistake I ever made,” Mr. McEwan said.) His restaurant Fabbrica, in the Don Mills shopping complex northeast of downtown, had been underperforming. And then the COVID-19 pandemic hit, decimating the industry and putting further strain on the company’s finances — especially as mandatory shutdowns dragged on in Toronto. Last September, McEwan Enterprises filed for protection from its creditors, citing $10.25 million in debt.

The company – which is owned by Mr McEwan and a subsidiary of Fairfax Financial Holdings Ltd. – has now completed its restructuring, having reached a settlement with the owner of Yonge and Bloor who pushed back on its initial plan. This place is now closed, as is the Don Mills restaurant. In a separate move, last week Mr McEwan announced he would be leaving ONE Restaurant after 15 years. He sold his 50% stake to the new owners of the Hazelton Hotel, where the restaurant is located, in Toronto’s upscale Yorkville neighborhood.

“2022 will be a year of sensible consolidation and defining the direction we want to take for the future,” McEwan said.

The entire sector faces a difficult future. The industry group Restaurants Canada estimates that nearly 13,000 restaurants have already closed permanently since the start of the pandemic.

For those who are still active, the pressure is mounting. Inflation in food costs means restaurants are paying more for ingredients such as meat and cooking oil, and have also seen labor costs rise as workers resist low wages.

The pressures are affecting businesses large and small, from high-end restaurants to fast-food chains. Earlier this month, Starbucks Corp. lowered its profit estimates for this year and said it would raise menu prices to meet rising costs.

Restaurants Canada expects commercial foodservice sales to reach $73.2 billion this year, up 12.4% from last year, but still 5% below sales levels pre-pandemic. This forecast was recently revised downwards to take into account the impact of the Omicron wave and the new restrictions on meals that have affected certain regions of Canada.

Mr McEwan has expressed his frustrations over the impact of public health policies on his industry, taking to social media throughout the pandemic to criticize government mandates such as limits on indoor dining .

Many restaurateurs have been forced to cope by offering online ordering for take-out or delivery; others have used their spaces to establish ersatz grocery stores and bottle shops. McEwan Enterprises had already launched grocery retail operations, which have been a bulwark during the crisis – even though the e-commerce side of the business was “in its infancy” before COVID-19 hit, Mr. McEwan said.

At the height of the pandemic, McEwan Fine Foods was filling 50 to 60 grocery orders in Toronto every day. That figure stabilized at nearly 40, but Mr McEwan said he hoped to continue to grow the business and had made improvements to the ordering system. He also wants to expand Fabbrica restaurant’s online delivery services in Toronto’s financial district. And he hopes demand for corporate catering will rebound as many remote workers return to their offices.

“We moved people [the company] and tried to keep the base of the employee base together,” he said. During the shutdowns, the company has benefited from government support to continue paying workers, receiving $3.3 million under the Canada Emergency Wage Subsidy last September, according to court documents. “Your employees are your business; you can’t just shut down, fire everyone, and then think everyone is going to come back when you reopen the doors.

McEwan Enterprises had 213 full-time and 55 part-time employees when it filed for creditor protection. Mr. McEwan estimates that the company has retained about 80% of its staff since the start of the restructuring.

Competition for talent has intensified in the restaurant sector as workers in many industries have reassessed the work they want to do – and in some cases demanded better pay. Average weekly earnings in the accommodation and food industry rose 5.1% in November, the most recent month for which data is available, according to Statistics Canada. In Ontario, where Mr. McEwan’s companies operate, the provincial government recently raised the minimum wage.

“I thought the timing was incredibly bad,” McEwan said, referring to the continued pressures of the pandemic, compounded by renewed restrictions during the Omicron wave.

“No one does [minimum] pay at my company unless you’re a waiter or bartender, and then you’re probably making $350 in tips a day. … [But] as soon as a server and a bartender make $3 more an hour, everyone in the company wants to make $3 more,” he said.

A labor shortage has given workers leverage to demand not only better wages, but also different working conditions – a concern among some in the restaurant industry who have become more vocal on the subject.

Mr McEwan said the rise of food television, in which he was involved, has given the industry a glamorous appearance, attracting workers who may not have considered the career in the past. He believes not everyone is prepared for the high-pressure nature of service at a busy restaurant that seats 450 people in one night – something he likens to a military operation. But the company’s concerns about treatment in the workplace go beyond stress or harsh tones in a busy kitchen, as complaints have been filed of abusive behavior in some restaurants.

“I’ve always had a zero-tolerance policy there,” Mr McEwan said. “I’ve had very, very few conversations like this over the years. They usually lead to immediate dismissal if someone is irrelevant, or makes nonsensical comments, or simply forgets why they are there.

As restaurants begin to pick up the pieces of the past two years, Mr. McEwan believes there are structural issues that have yet to be resolved.

“I think there’s going to be a settling of scores in the restaurant industry,” he said. “I think too many restaurants have been built. There was this frenzy of activity. … Too much capacity. And I believe there’s gonna be change [this year] so that.”

Restaurants that have weathered two years of the pandemic are still feeling the pain: In an October survey of restaurateurs, 45% said they were losing money, while 22% were breaking even and only 33% were turning a profit, according to Restaurants Canada. In January, with the reinstatement of dining restrictions in some parts of the country, the percentage of people reporting losing money rose to 68%.

For his part, Mr. McEwan said the restructuring process has put his company on a stronger footing.

“It was a tough decision, because you strip a bit in public,” he said of the filing for creditor protection. “In the midst of this, I questioned him repeatedly, thinking, ‘Why did I submit to this? But it was the right thing to do.

As to whether he would try to open any new restaurants or grocery stores in the future, McEwan said that for now he was letting the dust settle and monitoring the health of the Canadian economy.

“Certainly, we have designs to grow. there is no doubt. But we want to be very careful about that, and I may not be as ambitious as I have been,” he said. “I’m going to be smarter about it. That’s for sure.”

Your time is precious. Receive the Top Business Headlines newsletter in your inbox morning or evening. register today.

A wave of bankruptcies and foreclosures seems to be developing