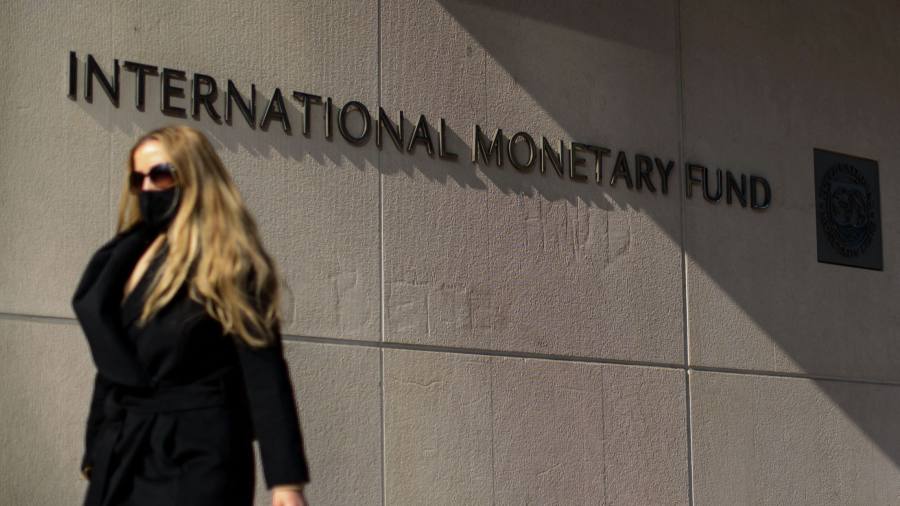 Sean Hagan served as IMF General Counsel from 2005 to 2018; he is currently Professor of Practice at Georgetown Law

Over the years, efforts to improve the sovereign debt restructuring process have focused primarily on collective action by private creditors. This has changed.

There is now a consensus that one of the main obstacles to this process – including the process launched by the so-called “common framework” – is ensuring cooperation between official creditors, with a large focus on the most important of them, China.

Opinions vary on what changes to the international architecture are needed to address this issue. But I think more attention should be given to a consistent application of the existing frame.

Specifically, the IMF’s major shareholders should simply support vigorous enforcement of its lending policy in arrears.

The relevance of the IMF in this debate is not surprising. The IMF has always played a central role (for better or for worse) in guiding the process of debt restructuring. A country will generally only initiate a debt restructuring if and when the IMF determines that it is no longer prepared to provide financing in the absence of a restructuring.

Moreover, when restructuring is necessary, the financial parameters of an IMF-supported program determine the overall amount of debt relief needed to restore debt sustainability. One of the main challenges has always been the next step: ensuring adequate co-operation from creditors.

On the one hand, the IMF is reluctant to delay approval of financial support until the ink is dry on the restructuring agreement. On the other hand, it cannot approve a program until it has adequate assurance that creditors will, in fact, provide relief consistent with the assumptions of the program.

The IMF’s approach to obtaining such assurances from creditors (generally referred to as the “financing assurances” policy) has evolved. During much of the debt crisis of the 1980s, the IMF only approved a program if a critical mass of private creditors showed willingness to provide the necessary debt relief. However, over time, creditors began to drag their feet and as a result, the IMF found that its financial support to countries was unduly delayed.

The IMF therefore introduced one of its most consequential policies—the “loans in arrears” policy: in the absence of creditor support, the IMF obtained financing assurances on the assumption that if—during the term of the program — the debtor fails to reach an agreement with its creditors, the necessary financing for the program would be obtained by the accumulation of arrears.

A key aspect of this policy is that it can be invoked even in the absence of arrears — in other words, in a pre-default setting. In these situations, the financial parameters of the program assume that payments will no longer be made in accordance with the original contractual terms. While the first best-case scenario is that these parameters will be observed through a consensual restructuring that avoids a default, the IMF can assume that even in the worst case these parameters would be observed through the accumulation of arrears. . Essentially, politics can be used as a safety net.

Unsurprisingly, the introduction of this policy was unpopular with private creditors: they no longer had the leverage to block an IMF program. Moreover, in order to avoid a default, they had no choice but to provide debt relief on terms consistent with the IMF program.

As originally conceived, this heavy-handed approach was limited to private creditors. Under the Paris Club process, bilateral government creditors continued to provide the IMF with early assurances of their willingness to provide the necessary debt relief on a consensual basis.

It is important to note that the policy on official arrears is less flexible than that applicable to private arrears. Although two of the criteria that must be met also apply to private arrears (namely the urgency of IMF support and the existence of good faith efforts on the part of the sovereign), the third criterion is specific to claims public: the policy cannot be applied if it would have an “undue negative effect on the ability of the Fund to mobilize public financing in future cases”.

Since the arrears of a particularly large creditor — or group of creditors — increase this risk, the policy provides that the Fund would “normally” be unwilling to lend against arrears when the total value of the claims held by the official creditor(s) in question accounted for “the majority of the total financial contributions required from official bilateral creditors during the program period”.

Despite these constraints, the 2015 policy remains an important policy tool, both in the pre-default and post-default context. In particular, the term “normally” provides flexibility and could, under policy, allow the IMF to lend against the arrears of a large creditor that has not proven itself in debt relief.

Unfortunately, the IMF has generally been reluctant to enforce this aspect of policy. This reluctance no doubt reflects the concerns of the IMF’s Board of Directors, where the interests of traditional Paris Club creditors are represented.

There is concern that even if a country accumulates arrears to a major official creditor during the program period, the creditor in question could use its leverage to restore the full value of the debt when the program expires, increasing both issues of viability and equity among creditors. While this is undoubtedly a risk, there may be ways to mitigate it, including through the type of “most favored creditor” arrangement recently suggested by Lee Buchheit and Mitu Gulati.

In any case, this risk of recovery must be weighed against another: giving a creditor a right of veto over the approval of an IMF program. This is precisely the risk for which the delinquent loan policy was designed.