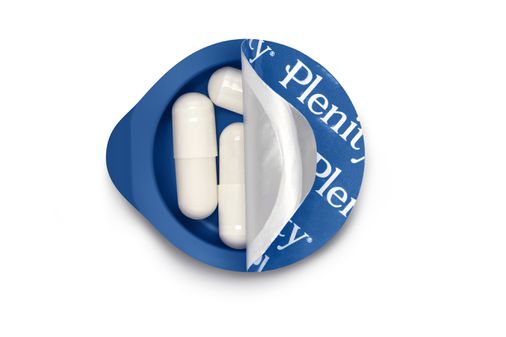 Blank check companies like Capstar raise funds from investors in an effort to find a promising company to merge with and go public with. But since the merger partner is not known in advance, SPACs must allow those initial investors to exit once a deal is announced.

As part of the deal with Gelesis, Capstar had to return more than $270 million to shareholders. Other private investors who had agreed to back the deal in July still invested more than $100 million.

The original SPAC investors, who paid Capstar $10 a share in 2020, recouped roughly the same amount when they decided to bail out this month. Gelesis closed at $7.36 on Friday, its first day in the public market after the merger closed.

Investors seem to have learned a hard lesson from the SPAC boom, which many startups have used in recent years as a faster way to go public than by making a traditional initial public offering. Ten Boston-area companies went public by merging with a SPAC last year – and those shares are currently trading at a loss of 42% on average.

Gelesis chief executive Yishai Zohar said he was still happy to have made the deal.

“The SPAC market has seen some volatility, but at this point we are a company that will achieve its goals and further build a shareholder base around our unique offering,” Zohar said. “The initial enthusiasm for SPACs as a vehicle has changed.”

Gelesis will use the product to expand the manufacturing and marketing of Plenity, the company’s $98-a-month treatment to help overweight people suppress food cravings, Zohar said. More than 70,000 people have already signed up and 70% had never tried an approach to weight loss with a device or prescription drug before, he said.

“For 2020 and most of 2021, we didn’t have enough supply to meet demand – we were selling as much as we could make,” Zohar said. “Over the past few months, we have increased our capacity and are excited to meet the demand we are creating with our large-scale launch. This is a major objective for the funds of this transaction.

In 2019, the FDA approved the treatment, which it classifies as a medical device, for adults with a body mass index of 25 to 40. After being swallowed, the company’s capsules create tiny pockets of water in the stomach, which makes patients feel full. they eat less food.

Gelesis is a subsidiary of PureTech Health in Boston, which also founded Karuna Therapeutics in Boston and Vor Biopharma in Cambridge, both publicly traded companies.