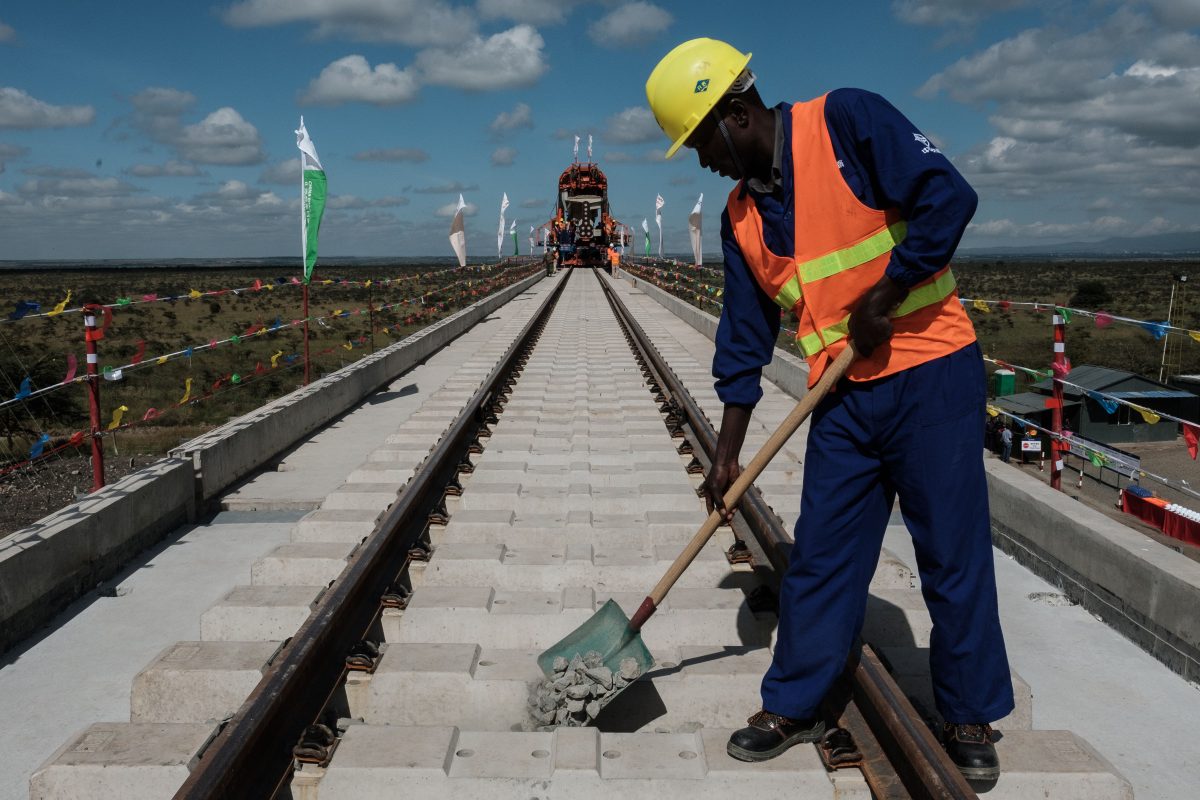 On Nov. 6, the Kenyan government unilaterally released three documents of a loan agreement with the Chinese communist regime for the country’s massive Chinese-funded railway project. The documents state that Kenya cannot disclose the contents of the contract to a third party without the consent of the financier, the Chinese bank. The Kenyan government disclosure therefore attracted considerable attention.

The contract, for the construction of the Standard Gauge Railway (SGR), was signed in 2014 by Kenyan President Uhuru Muigai Kenyatta and Chinese Premier Li Keqiang. Since then, many Kenyans have questioned issues such as corruption, high debt, unemployment and the risk of project failure, leading Kenya’s new President William Ruto to release the contract documents to hold his election promise.

Analysts say it is a rare move and fear it could strain relations between Kenya and China.

The documents show that the one-sided content is in favor of China.

The Chinese side has explicitly demanded that all goods purchased with railway proceeds preferably come from China.

Any dispute arising from the performance of the agreement shall be resolved by a Chinese arbitration committee.

Any default by Kenya on any other external loan would automatically result in a default clause on the rail loan, obliging Kenya to immediately repay the rail loan with full interest and giving the Chinese side the right to stop any further financing.

Economist Tony Vatima said the terms of the loan were more expensive than expected because interest rates on loans are higher than usual for such agreements between the two governments, according to The New York Times.

All three documents reveal that China had the upper hand in the negotiations. Publicly available information shows that China is Kenya’s largest trading partner and Kenya has more bilateral debt to China than to any other country.

In the years between the signing of the contract for the SGR project and the August 9, 2022 general elections in Kenya, the project has been targeted in corruption investigations, there have been persistent protests by environmentalists against the destruction of the ecology of the national territory of Kenya. parks and by the trucking industry in the face of massive unemployment which has led to hardship and social unrest.

After the completion of the 480 km (298 miles) Mombasa-Nairobi SGR, the original plan was to link Kenya with Uganda by extending the line from Nairobi to Malaba, Kenya’s western border. However, the Nairobi-Malaba SGR ended abruptly in the wilderness of the East African Rift Valley. Beijing then withheld the $4.7 billion loan required to complete the project, leaving Kenya with an unfinished, unprofitable railway and a huge debt to settle.

On June 21, 2020, three judges of the Kenya Court of Appeal ruled that the SGR project’s bidding system ignored legitimate procurement procedures and that Kenya Railways Corporation (KRC), as a buyer, had violated the constitution. The court asked KRC to disclose its deal with the Chinese communist regime.

Ahead of the Kenyan elections, then-Vice President Ruto, 55, and then-Prime Minister Raila Odinga, 77, blamed each other for the SGR project and tried to draw a line. line, with Ruto admitting that the railway has so far failed to revive the economy and Kenya has become a victim as it has had to repay its debt to China.

“The standard gauge railway is the crown jewel of corruption in Kenya,” said John Githongo, a senior Kenyan official who has spent his life fighting corruption. “It’s a sad legacy of the current regime.”

Kenyan prosecutors also allege that even when the investigation was ongoing, three Chinese suspects paid $5,000 in bribes to investigators, attempting to influence the criminal investigation.

The Kenya SGR project is reminiscent of the Tanzania-Zambia Railway, which was built with the help of the Chinese Communist Party (CCP) in the 1960s at great expense to the Chinese people.

According to former Tanzanian Trade Minister Abdulrahman Mohamed Babu, on February 18, 1965, Tanzanian President Julius Nyerere visited Beijing and formally proposed to then Chinese President Liu Shaoqi, Premier Zhou Enlai and Minister of Foreign Affairs Chen Yi that he hoped that China would help in the construction of the Tanzanian railway.

Then-Zambian President Kenneth David Kaunda, who led his country to independence, was skeptical of communism but was forced to accept CCP support for the construction of the Tanzania Railway -Zambia, after failing to get infrastructure aid from the West.

On September 5, 1967, during the Chinese Cultural Revolution, Zhou Enlai met with a joint Tanzanian-Zambian economic delegation and signed an agreement to support the construction of the Tanzanian-Zambian Railway.

In his book “Diplomatic Career in Extraordinary Times”, Zhou Boping, then Charge d’Affaires of the Chinese Embassy in Tanzania, revealed that “the total cost of the project was 1.09 billion yuan (about 152.7 million), all provided by China. The original estimate of 988.37 million yuan (about $138 million) was a 30-year interest-free loan, and the overrun of 106 million yuan (about $14.8 million) due to inflation was a free gift.

In 1970, construction work began on October 26 in Tanzania and October 28 in Zambia.

China sent 56,000 engineers. In six years, 47 Chinese experts, technicians and workers have lost their lives on the job.

The CCP reaped the benefits of the railroad project in 1971, when United Nations General Assembly Resolution 2758 was passed. Tanzanian delegates even wore Chinese uniforms when voting. With the vast majority of African countries voting yes, the Chinese communist regime replaced the Republic of China (Taiwan) at the UN.

A September 2009 article by Chinese state media Southern Weekly described the Tanzania-Zambia Railway as “an intangible asset” of CCP diplomacy and served as a “model and embodiment” of China’s foreign expansion. CCP in the early years of his rule.

The Tanzania-Zambia Railway was a major attempt by the CCP to break through the Western blockade and win over Third World countries in the early years. Today, its “Belt and Road Initiative” and “Community of Common Destiny” approach is a continuation of its control over African countries.