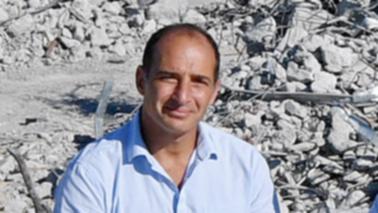 Former Perth insolvency accountant Oren Zohar is on the end of a more than $2million cleanup after the sale of swish home renovator Joyce Kitchens.

Mr Zohar, a WA pioneer of KordaMentha two decades ago, put the former Joyce factory, retail and home improvement businesses into liquidation after selling the retail operations of the once sprawling Joyce Kitchens Group in february.

He fought to restructure the Joyce factory, renovations and retail operations during the COVID-19 upheaval after buying the group from administration in 2019.

Mr Zohar said he had worked and provided funds to ensure that renovations for customers who signed up before the February sale were completed. “My intention is to ensure that any remaining employee superannuation is paid in full,” he said.

He believed the diverse group was in a strong position in July last year after JobKeeper ended and the retail arm recorded bumper sales.

But the former liquidator had not anticipated labor shortages and material supply disruptions in the second half of 2021, which would make it so difficult for manufacturing and renovation teams to complete work. “We had trouble delivering the orders,” Zohar said.

“Renovation and manufacturing businesses have suffered from the long COVID.”

JK Factory owed $1.05 million to the taxman and about $500,000 to trade creditors as of mid-May. He also had accrued $137,084 in unpaid employee pension contributions as of mid-May.

The former Joyce Renovations is listed in documents filed by ASIC as facing approximately $693,645 in claims from creditors. The former retail company listed $343,417 in creditor claims, including $185,324 allegedly owed to the tax office.

Mr. Zohar said many trade debts had been paid since ASIC filings made in May after asking Mr. Carrello for help.

He said the opening of WA’s borders in April and worsening labor shortages had made it particularly difficult to meet his commitment to complete all work.

With most of the work now complete, he hoped that all customer contracts would be completed in the coming weeks.

“It’s expensive both financially and emotionally,” he said. “I’ve been on the other side as an insolvency practitioner and the last thing I wanted to do was walk away.”

Mr. Zohar thought the conditions with COVID were unprecedented and made it too difficult for renovations and weapons manufacturing to survive.

“Fortunately, the retail business is doing well and is in good hands,” he said.