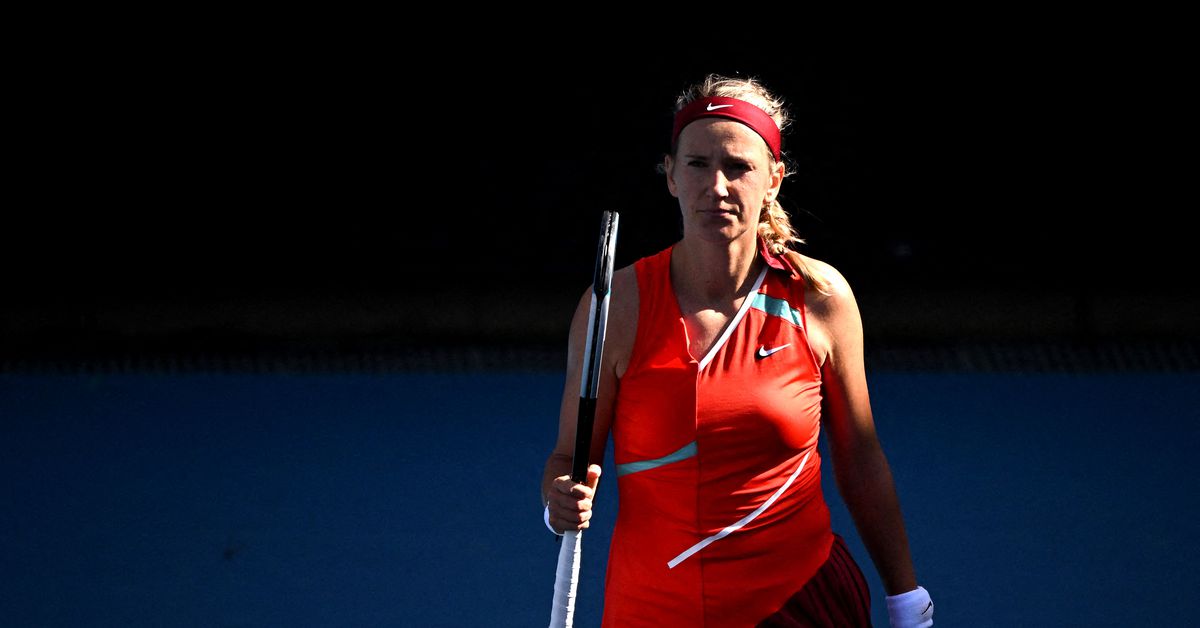 MELBOURNE, Jan 19 (Reuters) – There are legal issues with the WTA imposing a COVID-19 vaccination mandate on everyone competing on the women’s professional circuit, the former world number one and member said on Wednesday. of the Victoria Azarenka Tour Players Council.

Warrants have been offered in some quarters after the issue of vaccinations dominated tennis headlines for a week before Novak Djokovic was kicked out of Australia on Sunday night.

Azarenka said she thought getting the shot was the socially responsible thing to do and the WTA was right to encourage it, but there were issues with a warrant, however helpful that may be.

“I believe in science. I believe in vaccination. That’s what I did for me,” she told reporters after reaching the third round of the Australian Open with a victory 6-1 6-2 over Jil Teichmann.

“Some countries won’t allow warrants. I think imposing something legally on the WTA Tour can be a challenge. I think that’s something we face.”

Djokovic and a handful of other unvaccinated players and officials arrived in Australia this month and last held medical exemptions that supposedly allowed them to enter the country unvaccinated.

Azarenka said she thinks the whole affair could have been avoided by having much clearer rules in place.

“I don’t believe there was anyone who looked good either way. It became a bit of a circus,” she said.

“I think there should be a very careful look at this situation in the future. I think as soon as there is a gray area in the rules it gives a bit too many questions, and situations like this these occur.

“On some things, I think a black and white approach is needed.”

The WTA did not respond to requests for comment on the vaccine mandates.

Azarenka said discussions are continuing on how to replace Chinese events on the WTA calendar after the tour suspended tournaments in the country due to concerns over the safety of former doubles number one Peng Shuai. Read more

“The process is obviously not public at this time because there are no certainties or decisions or replacements at stake,” she said.

“As an association, women’s association, I’m proud that we support our players. I think that should go without saying. The situation is really unfortunate. We all hope for the best.”

Written by Nick Mulvenney in Sydney, editing by Peter Rutherford