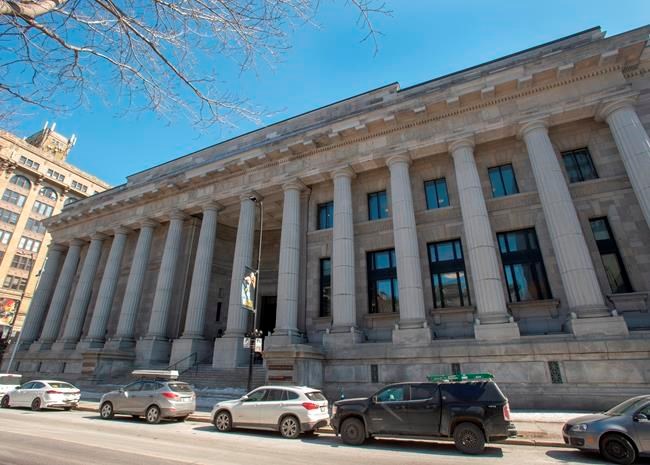 Letter in pen from the Quebec media denouncing a criminal trial held in secret, not entered in the docket

MONTREAL — The heads of Quebec’s main newsrooms wrote an open letter on Wednesday denouncing a criminal trial involving a police informant held entirely incommunicado and kept away from the official roll of the court.

MONTREAL — The heads of Quebec’s main newsrooms wrote an open letter on Wednesday denouncing a criminal trial involving a police informant held entirely incommunicado and kept away from the official roll of the court.

The existence of the trial only became public knowledge because the police informant accused in the case appealed his conviction, and the appeals court issued a heavily redacted decision in late February, criticizing the proceedings before the lower court.

A letter signed by newsroom heads of major news outlets in the province, including The Canadian Press, expresses outrage and deep concern over the “shadow trial” revealed in a judgment by the Quebec Court of Appeals. Quebec, first published by La Presse.

“It is unacceptable that such a trial can take place in Quebec without the public even being informed of its existence, let alone before which court it took place and of the identity of the judge and the lawyers involved”, indicates the letter. , addressed to the Chief Justices of the Court of Quebec, the Superior Court and the Court of Appeal.

“In short, the trial took place in the greatest secrecy, the decision-maker on the merits erasing with the stroke of a pen centuries of democratic progress and sending us back to the sad era of the Star Chamber, this arbitrary tribunal created by Henri VII to the XV century.

The case concerns a police informant who was found guilty of taking part in a crime which he initially revealed to the police. The informant claimed he was the victim of an abuse of process, but the lower court judge disagreed.

His decision noted that the case had no docket number, that witnesses were interviewed outside the courtroom, and that “no record of this trial exists, except in the minds of those involved. The date of the trial was kept secret, as were the location of the alleged crime and the police forces involved.

“The importance of the principle of open court proceedings in this country cannot be overemphasized,” wrote Court of Appeal judges Marie-France Bich, Martin Vauclair and Patrick Healy in the introduction to their decision. .

“The court is of the opinion that while trials must protect certain information disclosed therein, such a secret procedure as this is absolutely contrary to modern criminal law and to respect for the constitutional rights not only of the accused, but also of the media, and it is also incompatible with the values ​​of a liberal democracy,” they added.

The letter to the media said exceptional requests from prosecutors and defense attorneys were being granted more frequently, a practice it said erodes the principle of open justice. Quebec newsrooms have called for a thorough review of court practices to ensure such a trial does not happen again.

“What is at stake is public confidence in the justice system,” the letter states. “And that has been significantly compromised by the way this trial has unfolded.”

Asked about the case Wednesday in the Legislative Assembly, the Minister of Justice Simon Jolin-Barrette indicated that he would be able to deepen the question once he has confirmed certain information. The basic principle in a democracy, he said, is that justice be done in full view of the public.

“Justice must be rendered publicly and it is not acceptable that such a situation should occur,” said Ms. Jolin-Barrette during question period.

He added that there are certain “exceptional circumstances” where, in order to ensure the safety of an individual, specific procedures might apply such as publication bans, but he said that otherwise the basic principle transparency applies.

This report from The Canadian Press was first published on March 30, 2022.