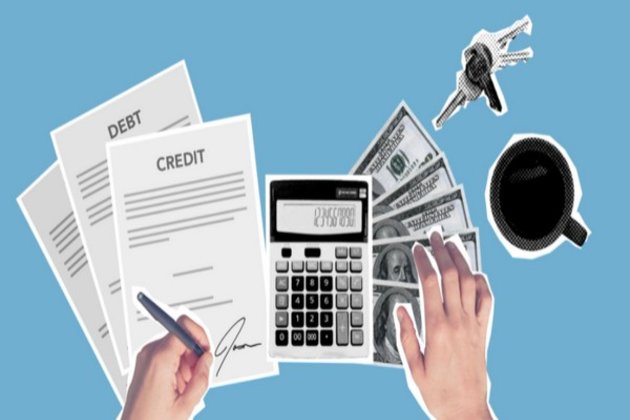 Mental Health of Adolescents Affected by Fathers’ Type of Debt: A Study

Washington [US], Oct 2 (ANI): Teens whose fathers are late in paying child support suffer more from behavior problems like anxiety and depression, Oct 2 (ANI): Rutgers University-New Brunswick study finds than those from families whose fathers do not have similar or other debts.

Published in RSF: ‘The Russell Sage Foundation Journal of the Social Sciences’, the researchers compared the effects of parental debt on the socio-emotional well-being of children who do not live with their biological father, a way of life lived by more than half of children in the United States at some point in their childhood.

â€œIn the United States, 77 percent of cases in the child support enforcement system are in debt, totaling $ 117 billion. Most of this debt is held by very low income fathers. and 60 percent have no income. These debts are the product of punitive child support enforcement policies that target lower-income men and, unsurprisingly, are considered uncollectible, â€said Nepomnyaschy.

Child support debt reduces the ability of fathers to invest in their children, increases parental conflict, and reduces the physical and mental health of fathers. According to the study, this type of debt then has a negative impact on children’s behavioral and emotional problems such as crying, worrying, fighting, bullying and not going to school and these effects. seem to get stronger as children get older.

Researchers analyzed a national data set of 5,000 children born in urban areas in the late 1990s who followed children and their families for 15 years. They focused on children whose biological fathers were not living with them at 9 and 15 years old. They compared the effects on a child’s well-being of a mother’s family debt (credit card and loans), non-resident father’s family debt, and their child support. debt.

Of all the non-resident fathers in the sample, 23 percent have a very high child support debt (calculated as more than 25 percent of their income). However, among a third of the lowest income fathers, 41% report this high level of debt, while only 8% of the highest income fathers are in this situation.

Nepomnyaschy said child support debt is a type of retrospective debt that carries economic, social, and legal penalties that can be more damaging to children than other types of parental debt.

â€œChild support debt can lead to license suspension and incarceration, compromising fathers’ ability to work, pay off debts and spend time with children; may lead to more conflict in the co-parenting relationship, less reliable cash support and less involvement with children; cannot be released by filing for bankruptcy; and can be extremely difficult for lower income parents to repay, persisting and thus accumulating throughout childhood, â€she said.

The authors suggest several innovative policy reforms to reduce debt build-up, which will benefit children’s well-being. These include setting more realistic child support obligations based on what fathers can pay, changing those obligations during unemployment or incarceration, not charging interest when fathers fall behind, dissociate mothers’ requests for public assistance from the application of child support, end the suspension of driver’s licenses and use incarceration as a punishment for late payment, among others.

More importantly, says Nepomnyaschy, policies should write off child support debt if a father is employed or in vocational training, pays anything for child support, and is involved with his children. (ANI)

SERMONETTE: Live a life worthy of the call | Local