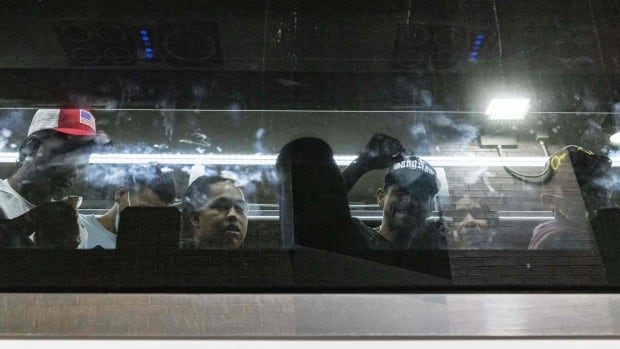 Officials in New York and Washington, DC, are struggling to cope with an influx of migrants who were specifically bused to their cities on orders from Republican leaders in Texas and Arizona.

More than 7,000 migrants have been bussed from Texas to the US capital since April, part of a move by Governor Greg Abbott to pressure Democratic President Joe Biden over border policies.

Arizona Governor Doug Ducey sent about 1,500 people from his state to Washington, D.C.

More recently, Abbott has also started busing migrants in New York. Abbott is seeking a third term as governor of Texas in November’s midterm elections and is trying to inspire Republican voters with decisive immigration action.

About 85 to 90 percent of migrants arriving in Washington by bus go on to other U.S. destinations within hours or days, according to volunteers who assist them.

Some of the arrivals crossed the US-Mexico border without family or a US destination, alarming Democratic mayors in Washington and New York as migrants turn to city resources and volunteers for essential services.

“If there’s no permanent solution, these families are going to be stuck in limbo,” said Ashley Tjhung, a volunteer helping migrants in Washington.

The US Border Patrol made more than 1.8 million arrests of migrants illegally entering the United States in fiscal year 2022, which began October 1, 2021 – the highest number ever, although ‘it includes some who have crossed several times.

Donald Trump’s administration invoked a rarely used health order in March 2020 as the coronavirus pandemic began to rage. The Title 42 authority denies migrants the chance to seek asylum and be directed to the refugee system, which Democrats say encourages repeat attempts to enter the United States, even if migrants have already been dismissed.

Most Mexicans and Central Americans are being quickly returned to Mexico under COVID restrictions in place at the border, but hundreds of thousands of migrants – including many from Venezuela, Cuba, Nicaragua and Colombia – have been allowed entry in the country partly because Mexico refuses to accept returns from certain nationalities.

The Biden administration planned to end Title 42 starting in June, but a federal judge, in response to a lawsuit filed by 24 states, mostly led by Republican governors, blocked the plan.

Governor Abbott has said other towns far from the border should share the burden of welcoming migrants and blames President Biden’s policies for encouraging cross-border commuters. Texas and Arizona have spent several million dollars on bus transportation efforts, according to information and data from Arizona.

Washington Mayor Muriel Bowser has asked the Pentagon twice in the past two months to deploy military troops to help migrants, but has been refused both times.

In response to Bowser’s second request on Monday, the Pentagon said the District of Columbia National Guard lacked the proper training and that nonprofits appeared to have the ability to handle the situation.

Mayor Bowser’s office did not respond to requests for comment.

In recent weeks, New York City officials have also been dealing with new migrant arrivals, some of whom have left Washington, and are looking to rent thousands of hotel rooms for future arrivals, according to the Department of Social Services.

Officials in both towns are struggling to address the myriad of issues newcomers face, from housing and health care to schooling children.

Concerns for the coming months

Since their arrival at the end of July, the Colombian couple Noralis Zuniga and Juan Camilo Mendoza have been staying in a Hampton Inn, one of the two hotels used by the national capital to house around fifty migrant families. The families, many of them from Venezuela, receive three meals a day and essential shelter.

Zuniga and Mendoza, who are with their one-year-old daughter, want to consult with an immigration lawyer before deciding whether to seek asylum in the United States. They told Reuters they were deeply grateful for the opportunity to stay in hotel rooms, but had also faced challenges, ranging from lack of information on how long the temporary shelter would last to basic tasks like installing a cell phone.

On Wednesday, the Chancellor of DC Public Schools said migrant children would be allowed to enroll in city schools. On Thursday, public school staff went to hotels to enroll them, a spokesperson for the school system said.

Efforts to welcome migrants to Washington are largely the responsibility of an ad hoc coalition of volunteers and a nonprofit organization that receives federal funding from the Federal Emergency Management Agency (FEMA).

But some advocates say they need longer-term solutions, especially as the colder months approach and concerns grow that migrants could end up sleeping rough.