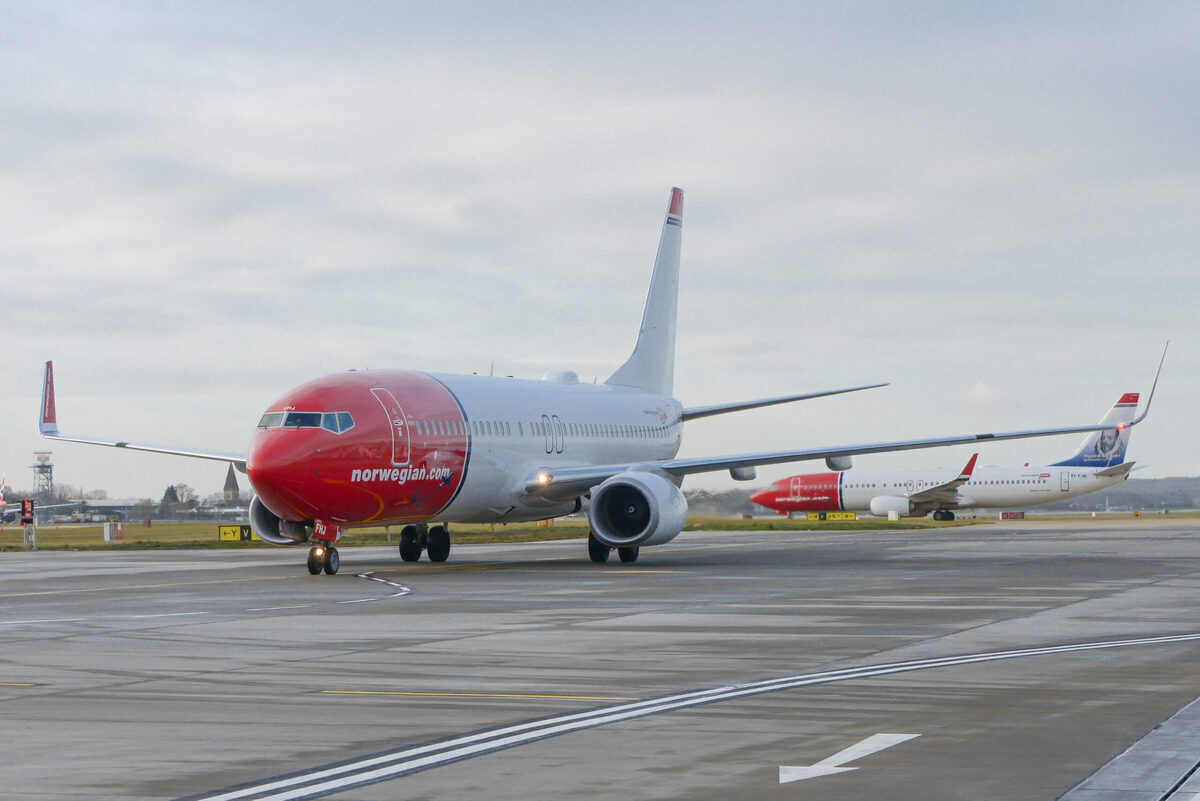 The new Norwegian will not only have a different appearance in terms of operating model and fleet size, it will also have new leadership. After having been temporarily CEO for six months previously, current CFO Geir Karlsen has been promoted to this position on a permanent basis, with immediate effect. Outgoing CEO Jacob Schram will continue to support the airline during his notice period.

A new CEO for the new Norwegian

Just a month after Norwegian left bankruptcy protection, its CEO was removed from his post. After just 18 months in office, Jacob Schram will no longer run the airline and will be replaced by current CFO Geir Karlsen.

Karlsen has only been part of Norwegian as CFO since April 2018. When founder and former CEO Bjorn Kjos resigned in July 2019, Karlsen took on the role of interim CEO until Jacob Schram was appointed. Now, after leading Norwegian in its restructuring, the board of directors voted yesterday to make Karlsen the airline’s permanent CEO.

Svein Harald Øygard, chairman of the board of Norwegian, released a statement regarding Karlsen’s appointment, which reads:

“I am pleased to announce that Geir Karlsen, at the request of the Board of Directors, has accepted the position of CEO of Norwegian. Karlsen has successfully led Norwegian’s financial reconstruction and has the skills, focus, confidence and dedication that make him the best choice as CEO of Norwegian.

“As travel bans are about to be lifted, Norwegian stands ready to offer thousands of flights to our customers in the Nordic countries and abroad. At the same time, further efforts will be made to strengthen Norwegian’s position as a low-cost airline and to bring the company back to sustainable profitability. Geir is the perfect CEO to lead these efforts.

It’s only been a month since Norwegian emerged from bankruptcy protection, armed with more than $ 700 million in new capital. Since January, the airline has been striving to return to its short-haul operating model, abandoning the transatlantic market in favor of intra-European efforts instead.

But that doesn’t mean the airline’s ambitions have been completely curtailed. Although it comes out of bankruptcy protection smaller and with less orders in place, it still plans to increase its operations to 70 planes in 2022. Karlsen is seen as the ideal leader to guide the airline through its reboot.

The appointment of the new CEO is to take effect immediately from today June 21st. Jacob Schram will remain in the background of the airline, however, as his contract says he is entitled to nine months’ notice.

During this time, he will support the board full time, until March 31st, 2022. He will receive his full salary for the period, as well as a 15-month severance package, which Norwegian’s board of directors was not entirely satisfied with. The board said today that it had attempted to reduce severance pay to a level reflecting the current challenges facing the industry, but that it was unsuccessful.

Karlsen responded to the news of his appointment, commenting,

“I appreciate the confidence placed by the Board of Directors and am delighted to accept the opportunity to serve Norwegian in a new role of CEO. Going forward, our main priorities will be to increase the profitability of our low-cost operations and to attract new and existing customers in all key markets.

“Norwegian is well positioned following the recent corporate rebuild, with a strong brand, proven products and services, and most importantly a team of highly experienced colleagues ready to fight for every customer. “

With Karlsen rising to the top job in the airline, that leaves a vacancy for a CFO at Norwegian. The airline’s board of directors says the search for his replacement will begin immediately.