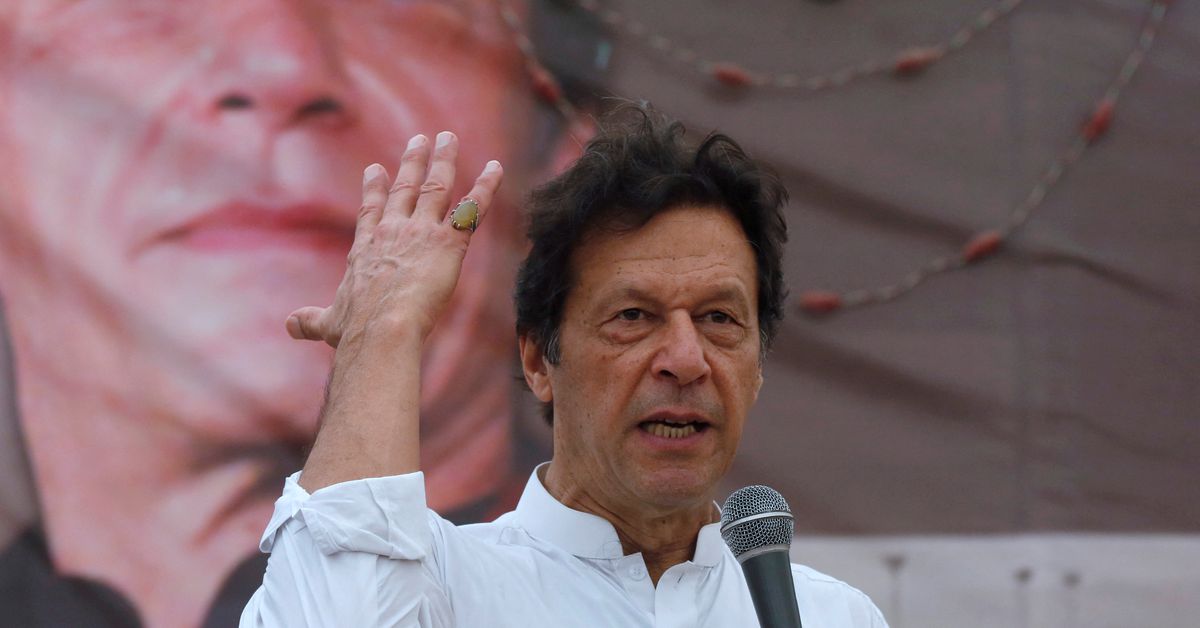 ISLAMABAD, April 5 (Reuters) – Pakistan’s top court resumed deliberations on Tuesday on the legality of Prime Minister Imran Khan’s bid to block an opposition bid to oust him, a dispute that has sparked political unrest in this nuclear-armed country.

Former cricket star Khan lost his parliamentary majority last week and faced a vote of no confidence from a united opposition which he was expected to lose on Sunday.

But the Deputy Speaker of Parliament, a member of Khan’s party, rejected the motion, ruling it was part of a foreign conspiracy and unconstitutional. Khan then dissolved parliament.

The standoff plunged the country of 220 million people, ruled by the military for long periods since independence in 1947, into a full-scale constitutional crisis.

The opposition challenged Khan’s decision in a Supreme Court legal case that began on Monday.

The court reconvened around noon (0700 GMT) on Tuesday, with politicians from Khan’s party and the opposition among those in a packed courtroom. The five-judge panel hearing arguments did not say when it might issue a decision.

Imran Khan, Chairman of Pakistan Tehreek-e-Insaf (PTI), gestures as he addresses his supporters during a campaign meeting ahead of general elections in Karachi, Pakistan July 4, 2018. REUTERS/Akhtar Soomro/File Photo

The court could order parliament to be reconstituted, call new elections or bar Khan from standing again if he is found to have acted unconstitutionally.

The court could also decide that it cannot intervene in parliamentary business.

Protracted legal proceedings would create a power vacuum with political and economic implications for issues such as talks with the International Monetary Fund to secure funds to support the cash-strapped economy.

Political chaos is also said to worry the mighty military, which has intervened to overthrow civilian governments and rule three times, citing the need to end political uncertainty.

Shehbaz Sharif, the opposition candidate to replace Khan as prime minister, told media outside the court that he had urged military and intelligence chiefs to look into Khan’s accusations that the opposition parties were part of a foreign conspiracy.

Political analysts say the military viewed Khan and his conservative agenda favorably when he won the general election in 2018, but general support has since declined.

Khan has denied ever having the backing of the army and the army says it has no involvement in the political process.