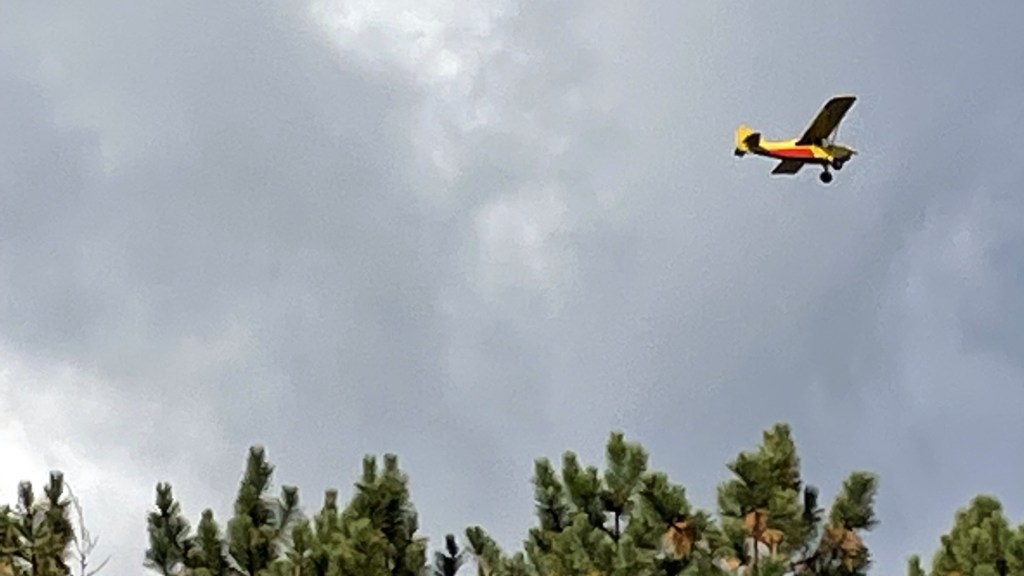 The yellow plane that took off and landed at Jeffrey Walker’s property in Afton on Sunday afternoon did not appear to be in distress.

Indeed, a video shot by a neighbor shows the plane taking off successfully in a blue sky dotted with clouds.

But plane take-offs and landings are illegal in Afton except in emergencies, and the city ordinance bans airports, airstrips and helipads within city limits.

On Sunday, neighbors called the Washington County Sheriff’s Office to report that a yellow plane with a red midsection was seen landing on the property at around 3:48 pm and taking off around 3:52 pm This is the fourth time. this year neighbors are calling the sheriff’s office to investigate reports of small planes landing and taking off from the property at 1022 Indian Trail South.

Now the city attorney is reviewing the case involving Walker, 57, from Afton.

It wouldn’t be Walker’s first run-up to the â€œWalker Field Airportâ€ law, as it is called on some aviation websites.

Sheriff’s deputies were called to the site nine times between November 2005 and July 2007 to investigate reports of small planes landing and taking off. In December 2006, Walker was cited for violating the city’s ordinance banning all aircraft landings except in emergencies.

Two years later, he was charged with two felonies for allegedly building an illegal airstrip at Afton. The charges stemmed from a May 2008 visit to Walker’s 80-acre property by Afton’s code enforcement officer. According to the criminal complaint, the code enforcement officer “carried out a visual inspection of Walker’s property and observed the remains of the airstrip.”

The criminal complaint alleged that Walker submitted documents describing the airstrip to the Federal Aviation Administration in February 2004, and aerial photos taken in June 2004 showed the airstrip under construction.

A mechanic’s lien filed against the Walker property by Precision Excavating & Grading in November 2004 stated that the company had performed “excavation work for the construction of an airstrip, an aircraft hangar, a construction site, of a future reception site, to include machine time, labor and culvert materials for the airstrip and access roads, â€according to the complaint.

A neighbor saw a small yellow plane land on the airstrip in December 2006, according to the complaint.

The city won in court in 2009, and a judge ruled Walker must plant a tree in the middle of the airstrip, rendering it unusable, city administrator Ron Moorse said. It is not known if this tree has already been planted.

“I thought this was resolved in 2009, but apparently it wasn’t,” Mayor Bill Palmquist said. â€œSomehow it’s been used again, and we’re going to have to start this whole (legal) process all over again. (The airstrips) are simply not a permitted use at Afton. It is disappointing that all of this has to be dealt with again.

â€œIt’s pretty obvious that the same plane that was reported there earlier this year was back on Sunday,â€ he said. â€œAt this point, all indications lead us to believe that it is Mr. Walker who is using his own private airstripâ€¦ to illegally land a plane on private property. The neighbors are very angry.

Anyone looking at an aerial view of the Walker property from Google earth can easily see the illegal airstrip, Knaak said. â€œI challenge anyone to tell me it’s not an airstrip,â€ he said.

Walker hung up on a Pioneer Press reporter during a phone call seeking comment Tuesday afternoon.

Legislation on the reform of bankruptcy sites Back; Previous efforts have been blocked