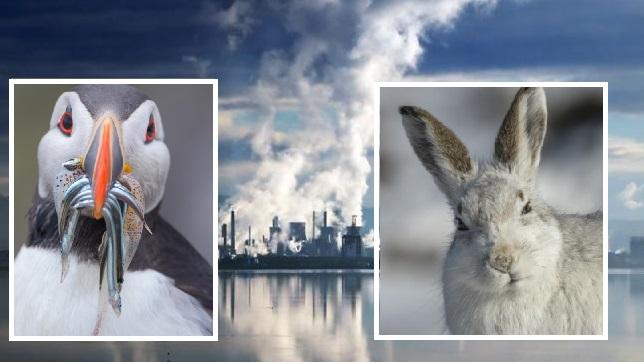 Revealed: How Scottish ministers have been breaking international law for ten years

Scottish ministers have come under fire as it appeared they were breaking international law for ten years by failing to put in place vital measures to protect the nation’s precious environment, landscapes and wildlife.

Analysis by the United Nations Economic Commission for Europe, which meets on Monday, confirms that Scotland continues to fail to put in place appropriate legal processes to properly protect the natural environment, wildlife and the quality of the land. air and water of the country.

The Herald can reveal that since 2011 Scotland has been declared a non-complaint with Article 9 of the Aarhus Convention, which is a binding part of international law that guarantees the right to a healthy environment.

The UN council which adopted the convention in 1998 is told that the Scottish government is still not fulfilling its legal responsibility which obliges it “to remove or reduce financial obstacles to access to justice “.

The main way to challenge decisions, developments or policies that may violate environmental laws is to initiate judicial review proceedings in the Court of Session.

But right now, it still carries a huge financial risk that conservation charities have to think long and hard about, as environmental affairs are generally not eligible for legal aid.

It comes as environmental groups continue to worry that the nation is not doing enough to protect nature in Scotland.

Official analysis from the Scottish Nature Agency shows Scotland also failed to meet 11 of the 20 targets agreed by the UN to protect the environment, while one in five animals and plants judged important to the nation by ministers are threatened.

The Scottish Biodiversity Legal List reveals threats to many of the 2,105 terrestrial animal, plant and marine species deemed of primary importance by the Scottish Government.

Emilia Hanna, Advocacy Officer for the Environmental Rights Center for Scotland, said: â€œThe past decade has been a wasted decade, with the Scottish government claiming to comply with its Aarhus obligations without guaranteeing access to justice to eyes of the governing institutions of the Aarhus Convention. .

â€œThe Scottish legal system has been found repeatedly to be inconsistent with Article 9 of the Aarhus Convention, which is a binding part of international law which guarantees the right to a healthy environment.

“Article 9 provides for access to justice, which means the ability to take a low-cost court or tribunal to challenge decisions, developments or policies that may violate laws or rights.

“This is a crucial part of the rule of law because laws can only make a difference if they can be enforced and allow for accountability.” Exorbitant court costs prevent people from taking action to use the law to protect the environment.

â€œEveryone in Scotland deserves a healthy environment. Nature needs us to be able to use the law to defend it, and we must have the ability to go to court to hold public bodies to account when necessary. In the face of climate and natural emergencies, this is more important than ever and we have already wasted too much time. The environment is in trouble and the rule of law must be up to par. ”

Conservation charity John Muir Trust has expressed concerns over environmental justice rights after its attempt to challenge the development of a wind farm four years ago led it to face a bill nearly Â£ 700,000, although this was ultimately traded at Â£ 275,000.

The Trust has settled out of court Perth-based energy company SSE and the Scottish government after its failed attempt to block a wind farm through judicial review near Loch Ness.

The dispute involved a wind farm in Stronelairg, which sits in wilderness in the Monadhliath Mountains near Loch Ness. Composed of 67 wind turbines, it was proposed by SSE in 2012 and granted by the Scottish Government in June 2014.

Ministers are under renewed pressure to create a new one-stop environmental court for Scotland.

â€œThe ‘David v Goliath’ nature of charities that prey on multinational corporations and the associated financial risks are a major obstacle to legal action on environmental grounds and therefore a potential injustice that an environmental court should redress. Justice should be accessible to all, regardless of financial capacity, â€he said.

The Trust and other environmental charities are also asking for an equal right of appeal.

Currently, only applicants have the possibility to appeal refusals of planning permission.

An equal right of appeal would give charities and local communities the ability to appeal planning approvals.

The Scottish Environment LINK (SEL) of more than 30 conservation groups says its recent survey conducted by ScotPulse showed Scots believe that better protection of the environment would make the nation a better place to live, benefit the nation. economy and help protect the country from the effects of climate change.

He said last month that while the SNP-Greens deal includes a commitment to legally binding nature recovery targets, there needs to be more urgency to act.

Two years ago, the Scottish Government’s campaign agency, then known as Scottish Natural Heritage (SNH), said it was failing to meet 13 of 20 goals – it is now 11.

A host of environmental groups then contacted PSM and the Scottish Government to express their disappointment at the failure to meet most of the targets, describing it as a ‘wake-up call’. They also criticized the positive turn given to progress.

The then Environment Minister, Roseanna Cunningham MSP, insisted at the time that Scotland was “in the lead” in its work to protect and increase biodiversity and was “on track” to meet the targets. from 2020.

The line ‘on track’ was repeated in January last year, when conservation groups warned that some of Scotland’s most famous wildlife, including Atlantic salmon, capercaillie and the freshwater pearl mussel could be threatened by climate change.

Ann Coleman, a resident of Greengairs and an ERCS supporter who has been fighting environmental injustice for over twenty years said, â€œWe are not equal partners in what is happening to us and the local environment. We have no responsibility. ”

She said they had considered a judicial review to fight plans for the proposed incinerator while planning, but campaigners were put off by the financial implications.

The controversial Â£ 250million incinerator and waste recycling plant at Greengairs in North Lanarkshire were initially granted by planners in 2009 after permission was given despite more than 1,000 objections for health, environmental and transport reasons.

â€œWe have been living for decades with the largest landfill on our doorstep in Europe, as well as surface coal mines,â€ she said.

â€œWe have no voice. We have no rights. We cannot protect ourselves.

â€œIt has to be affordable, because right now the system is so turned against us that it is impossible to get justice. The environmental court or tribunal must have an independent panel: bring the government’s attention to damaging developments in a way it will have to listen to.

â€œPeople were terrified of the potential financial implications of a judicial review. They were ordinary workers who did not have huge incomes and were not limited companies, so they had everything to lose.

â€œTo maintain high environmental standards, we have arrangements in place to establish Environmental Standards Scotland as a new governance body that has the capacity to monitor the implementation of international obligations relating to environmental protection law. environment and advise the government accordingly.

“Scotland was the only jurisdiction in the UK to avoid a governance gap when the role of the European Commission ended upon leaving the EU and is the first to place our new standards body on a statutory basis . ”