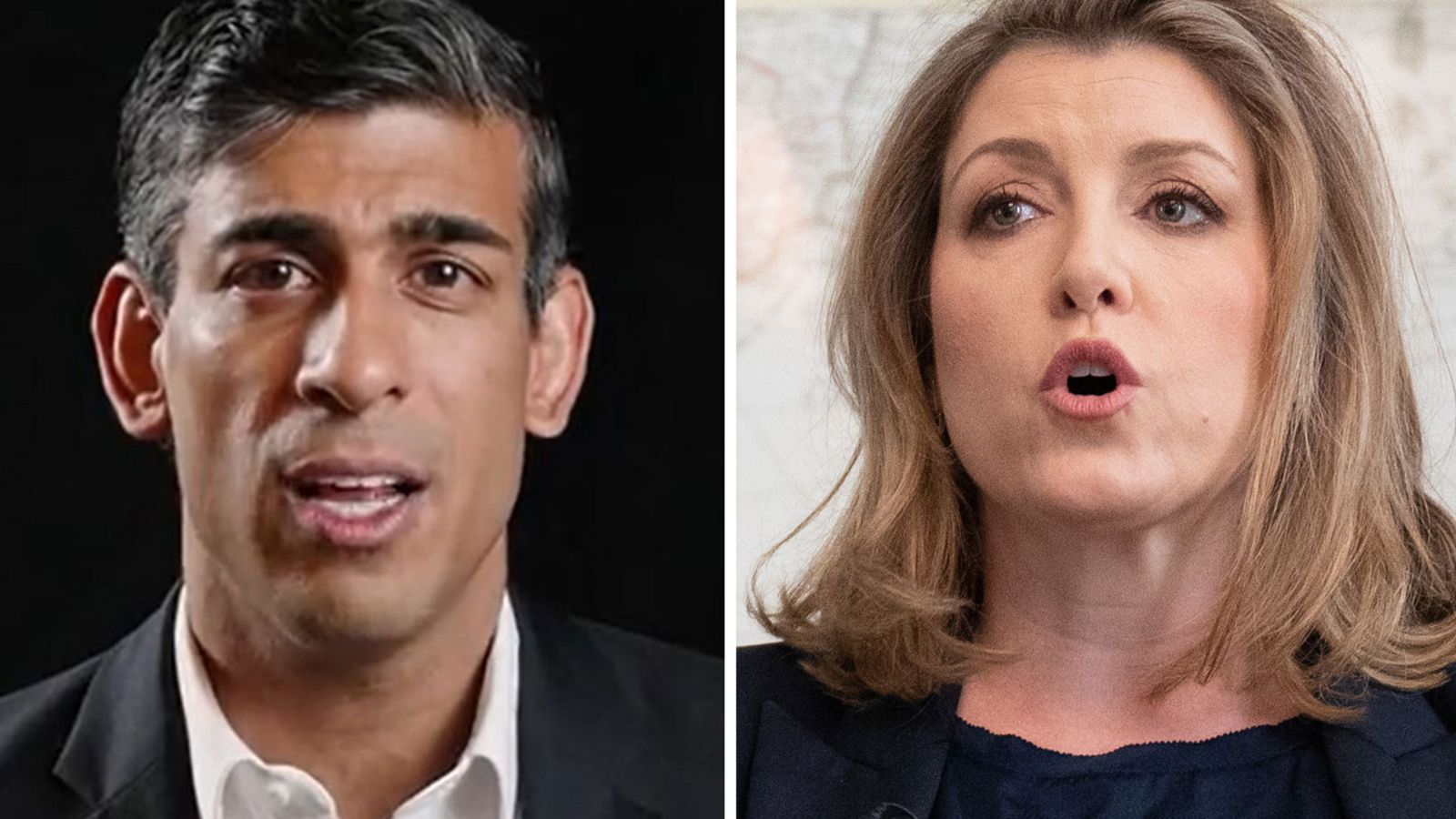 Rishi Sunak has pledged to scrap hundreds of remaining EU laws and regulations if he wins the Tory leadership race, as Penny Mordaunt faces scrutiny for her views on trans rights .

In a new pitch to woo Brexiteers, the former chancellor promised to appoint a Brexit Minister to comb through the remaining 2,400 EU laws still on the UK law book.

He even promised a “Big Bang 2.0” for the City through an overhaul of the latest European financial services regulations.

It comes as the last five leadership candidates prepare to face off again in the second televised debate on ITV on Sunday night.

In a statement outlining his proposals, Mr Sunak stressed he had always supported Brexit, despite being warned it could harm his political career as it was the ‘right thing’ for the country .

Mr Sunak dominated the first two rounds of MP voting but still falls short of the 120 votes he needs to guarantee him a place in the final two.

Meanwhile, the rival leadership candidate Penny Mordaunt has come under scrutiny for her stance on gender self-identification, after leaked government documents suggested she supported watering down the transitional legal process.

Documents apparently drawn up by officials and seen by The Sunday Times appear to suggest she was in favor of dropping at least one of the medical requirements.

A spokeswoman for her campaign hit back: “The fact that so much of this contest has been distracted by side issues instead of the cost of living crisis affecting millions of people is a great disappointment.

“Arguing over politics is one thing, but questioning Penny’s values ​​and integrity must be questioned.

“To be clear, on the issue of self-identification, leaked documents prove that all department ministers wanted to maintain medical involvement, including Penny. Other ministers can confirm this.”

The former defense minister is also facing questions over the alleged acceptance of £20,000 from a trustee of a climate-skeptical lobby group.

Ms Mordaunt is said to have received two donations of £10,000 from a firm run by tycoon Terence Mordaunt, trustee of the Global Warming Policy Foundation, the Sunday People reports.

In what has surely been a trying few days for Ms Mordaunt since the first televised debate, she has also seen her lead in the polls among Tory MPs vanish.

A new poll of Conservative Party members by ConservativeHome has Kemi Badenoch in the lead with 31% of respondents, with a dominant leader in second place Liz Truss on 20%.

Next is Ms Mordaunt with 18%, who fell from the top spot, followed by former Chancellor Rishi Sunak and Tom Tugendhat.

Kemi Badenoch has promised to do “whatever it takes to fix the small boat problem” by putting immigration control at the center of his campaign for the Tory leadership.

“People – rightly – recognize that building more houses without doing anything to reduce immigration is like climbing the escalator down,” she wrote in The Sunday Times.

Away from the leadership race, cabinet minister Alok Sharma has threatened to resign if the next prime minister does not commit to a strong net zero agenda.

Mr Sharma, who led the historic UN climate summit Cop26 last year, told The Observer that while it was “absolutely a matter of leadership”, some of the remaining candidates in the Conservative leadership race had only been “lukewarm”.