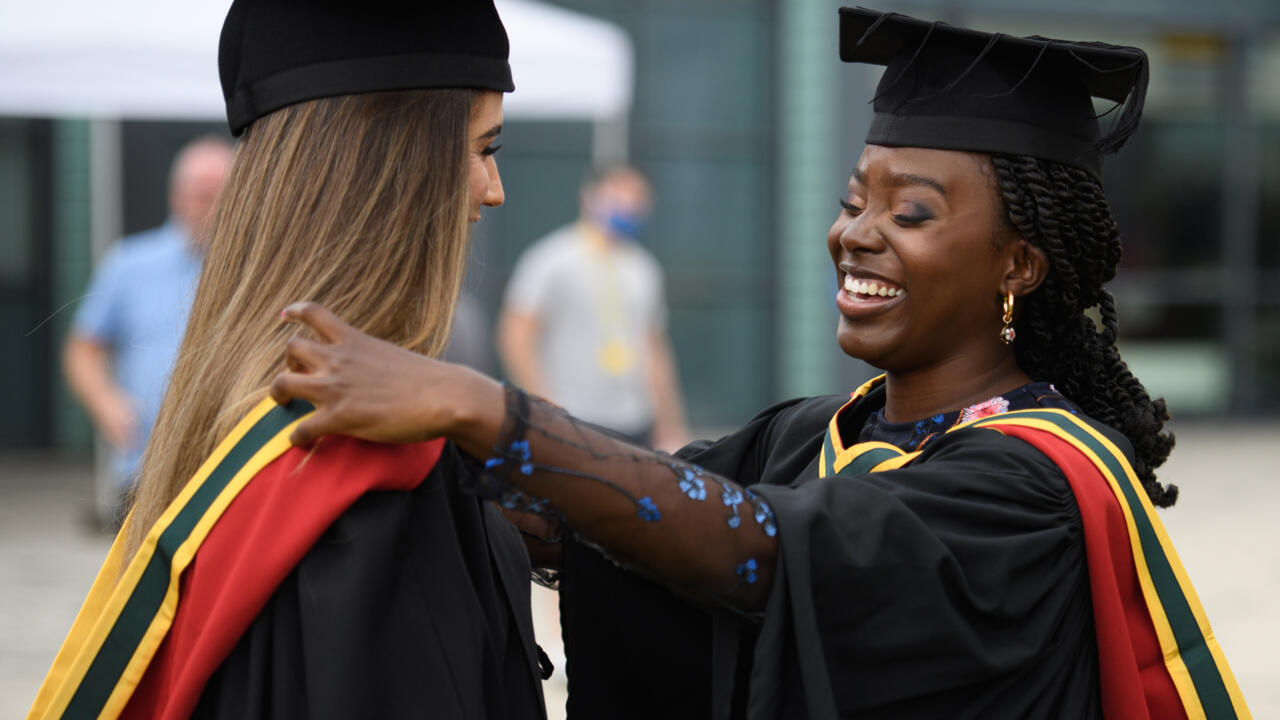 London (AFP) – Rhiannon Muise graduated from Edge Hill University in the North West of England last year with a mountain of student debt, which is only growing due to soaring inflation.

The 21-year-old dance and theater graduate said it would take her a ‘lifetime’ to repay the £45,000 ($55,000) she owes for tuition fees and living expenses, particularly if she remains in the field of his choice where wages may be low.

Muise’s plight echoes that of students across Britain, who are already grappling with a cost of living crisis.

Britons heading to university next year will face major changes that critics say will add to the financial pain.

The pressure is “exhausting, especially for someone in their twenties who has just started thinking about their career,” Muise told AFP.

His current job as a student engagement manager at Edge Hill pays below the threshold that activates reimbursements.

UK graduates carry more debt than any other developed country, according to data from the House of Commons Library.

Zeno, a 25-year-old student in London who only gave his first name, said he owed just under £75,000 for his loans.

Unless he “wins the lottery”, he accepts that he will probably pay his salary money back for the next 30 years.

University was once free in the UK, with means-tested scholarships for poorer students to help cover living costs.

But after the sector opened up in the 1990s, the numbers rose and, despite protests from student associations, tuition fees were gradually introduced over the past decade to help universities meet costs.

As education is a matter for the governments of Scotland, Wales and Northern Ireland, different tuition fee arrangements are in place across the UK.

Accommodation and living expenses are extra.

In England, undergraduate tuition fees are capped at £9,250 a year for UK and Irish students, up from £3,375 in 2011 when the government cut most ongoing direct public funding.

Scottish students studying in Scotland pay £1,820, but those from the rest of the UK attending universities north of the border with England pay £9,250.

The picture is further complicated by soaring inflation, as the student loan interest rate is tied to the Retail Price Index (RPI).

Loan interest is calculated by adding up to 3.0 percentage points to the RPI rate.

Inflation, however, reached 30-year highs this year, particularly due to soaring energy costs and spillovers from the conflict in Ukraine.

Graduates could therefore pay an interest rate of 12% from September – or more if prices rise even more.

The UK government plays an important role in funding students, providing loans that only require repayment when a graduate earns above a threshold of £27,295 per year.

What borrowers repay depends on how much they earn. Unlike private lenders, they have up to 30 years to repay. The debt is canceled after this period.

“This system is more progressive than in the United States, with generous amortizations for the lowest-paid graduates,” said Nick Hillman, director of the Higher Education Policy Institute at Oxford.

Current and recent students have faced huge upheaval during classes due to coronavirus restrictions, with the pandemic also creating job opportunities.

A combination of high debt repayments, a high cost of living, and wages that have not kept pace with inflation, add further stress.

This will, however, increase costs for low-income earners, while benefiting wealthier graduates who will be able to repay faster.

The UK government, however, expects half of new students to repay their loans in full under the new plan.

Student debt has long been a concern in the United States, where the Federal Reserve estimates it stands at $1.76 trillion.

American college students on average have almost $41,000 in outstanding debt, according to the Education Data Initiative think tank.

President Joe Biden this year extended a moratorium on student loan repayment and interest – and is in talks on partial debt cancellation.