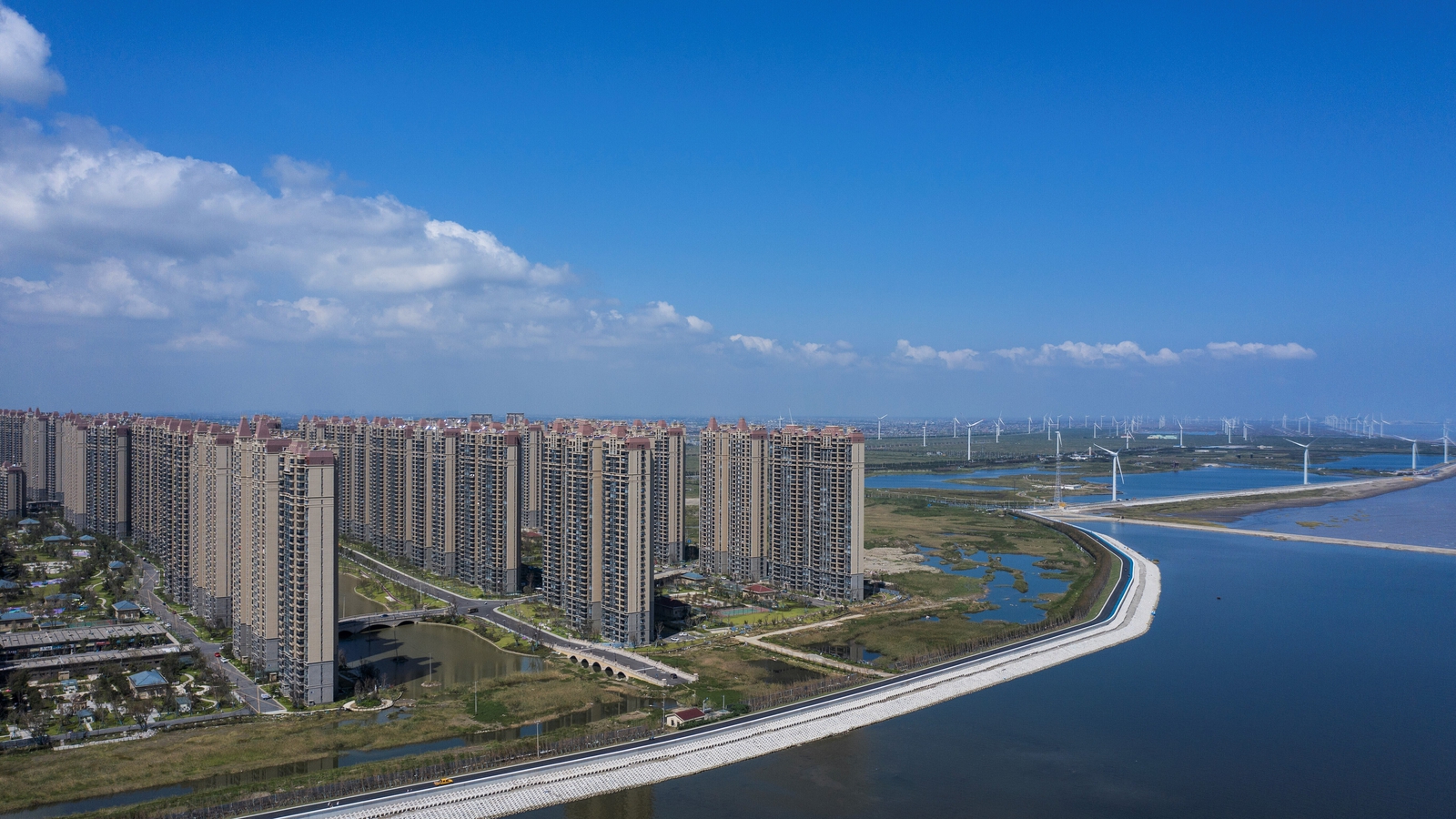 Markets around the world have shaken this week amid fears that China’s housing market problems could turn into a crisis for the global economy.

At the center of the panic was Evergrande Group – a company that would have been largely unknown to Irish consumers until now, despite being a major cog in the Chinese economy.

What is the Evergrande Group?

Evergrande Group is a massive conglomerate that operates in several areas.

He’s involved in agriculture, renewables, and health – and even owns amusement parks, a bottled water brand, and half of China’s most valuable football club.

However, the core of its business is real estate, Evergrande has ranked in recent years as the largest real estate company in the world in terms of asset values.

Its website says the group currently has more than 1,300 projects in 280 Chinese cities, with more than 400 million square meters of space under its management.

Among these is the Ocean Flower Island project in Hainan; composed of seven man-made islands containing 58 hotels, 28 museums and a 127,000 square meter theme park.

But building its portfolio came at a cost – the company currently owing more than $ 305 billion to investors, bondholders and others. 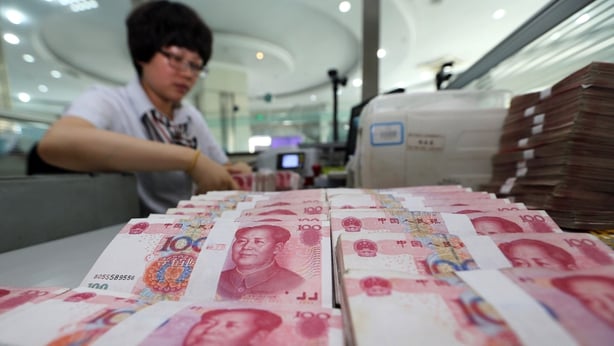 This pile of debt is huge, regardless of the metric. But the markets don’t tend to worry too much about these things as long as the debtor is able to pay when the money is due.

This is the problem with Evergrande; he can no longer guarantee that he will be able to do so.

Just over a week ago, the real estate company announced that it was struggling to raise funds, despite its desperate efforts to sell more homes it was building.

At the same time, the stricter regulations in China mean that the company’s ability to borrow more has been severely limited.

If he cannot get cash, it becomes difficult for him to meet his debts. And that raises the prospect of defaulting on his loans in the near future.

Failure of a huge company would be problematic in itself, but Evergrande’s current situation is emblematic of the entire industry in China.

And real estate is an important part of the Chinese economy – real estate recently accounted for 29% of China’s GDP. Much of this has been fueled by companies – like Evergrande – which have taken on massive debt in order to finance large construction projects.

This model may make sense when there is a strong prospect of selling the resulting properties, but the Chinese market is now significantly oversupplied.

This is in addition to the second and even third homes belonging to China’s growing middle and upper classes, despite recent videos showing several unfinished high-rise buildings being demolished. 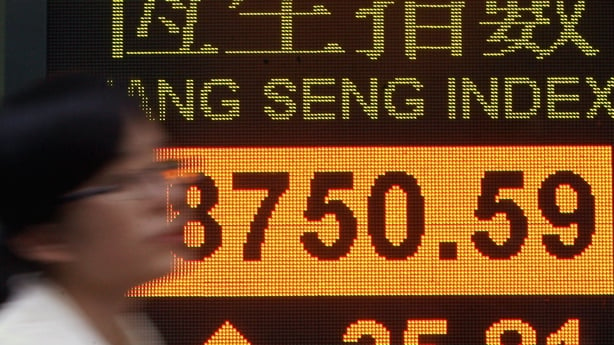 Like many companies – and countries – Evergrande’s liabilities are made up of multiple loans and bonds. This means that his repayment obligations are falling in stages – not in one big chunk.

Last Thursday was a deadline for interest repayments on two of its bonds – one domestic and one based abroad – the first milestone post since its debt warning.

Before that deadline, the company announced that it had “resolved” one of the refunds. Details of what this meant were limited, but that doesn’t necessarily mean payment was made. It’s also possible that Evergrande and its bondholders have agreed to delay the repayment, perhaps in exchange for a higher interest rate.

However, he missed the deadline on his overseas loan – heightening fears that he is heading for default.

With another interest repayment slated for the week ahead, the risk is that his debt problems will quickly start to snowball.

In a state of grace 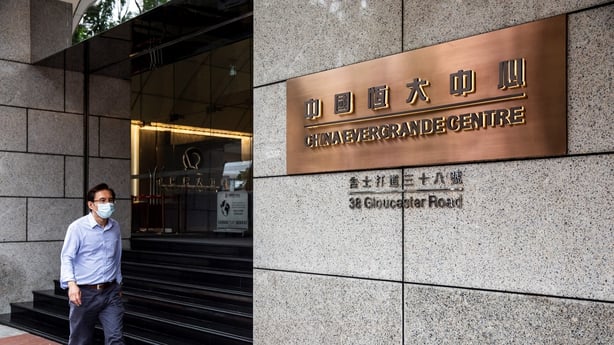 Evergrande’s repayment terms come with a 30-day grace period, which gives the company a bit of a break before it technically defaults.

However, this grace period includes a seven-day national holiday in China, which will mean an extended period of limited market activity in the country.

If it reaches the end of the period without making a repayment and officially defaults, it will send ripples in a number of directions within the Chinese economy.

The cross-default provisions mean that exceeding the maturity of one bond can trigger a default on others, which can lead to the deterioration of several Evergrande loans at one time.

In the field, customers who have prepaid an Evergrande property will likely lose what little hope they have of having their home built. During this time, the suppliers who have been hired to work on his projects will not be paid.

Financially, Evergrande is believed to owe money to 171 Chinese banks and 121 financial companies. They would face having to depreciate – or write off altogether – the money they invested in the business. 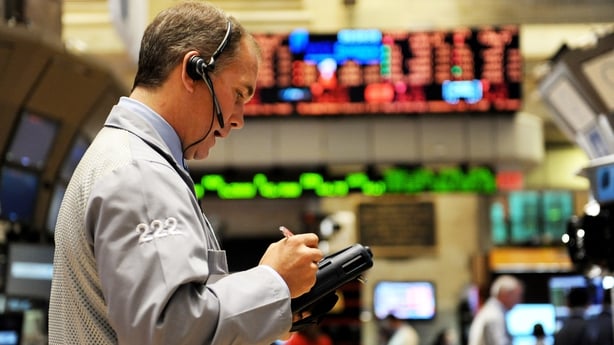 A relatively small proportion of Evergrande’s liabilities are held outside China – although the company has made it clear that it will prioritize domestic investors, meaning those based abroad are at higher risk. raised.

As a result, international financial firms have lined up in recent days to assure investors that they are not heavily exposed to the company.

Credit Suisse says it does not hold much of the company’s debt, UBS says the risk is “intangible” while Deutsche Bank said it was not “directly affected” by the events of the past week.

But while the US and European financial firms may not be directly linked to Evergrande, it is unlikely that they would come out completely unscathed if the company collapsed.

For starters, while Evergrande may be the biggest problem in the Chinese real estate market right now, it isn’t the only one.

There are many more companies in the market that are in debt that will find it equally difficult to sell properties and raise funds. The fear is that Evergrande is just the tip of the iceberg, raising fears of more defaults, more unfinished homes and more unpaid vendors.

Any Chinese company heavily exposed to real estate will face its own financial pressures if it were to depreciate these investments.

This could trigger a domino effect in the Chinese financial system, and it wouldn’t be long before it had an impact on the investments made by companies based on this side of the world.

But even if a contagion is somehow contained within China’s borders, the impact it has on the country would still be bad news for the rest of the world.

Falling property values, bad debts, business bankruptcy and loss of deposits by potential homeowners are a familiar scenario in Ireland – and what that means for an economy is hard to forget.

China’s importance to global GDP means that any slowdown or decline in its economy will be felt globally.

This toxic mixture would also severely reduce consumer spending in the country. Many American and European consumer brands – from tech companies to infant formula producers – are making a lot of money from Chinese buyers, which would also hurt their revenues and profits. 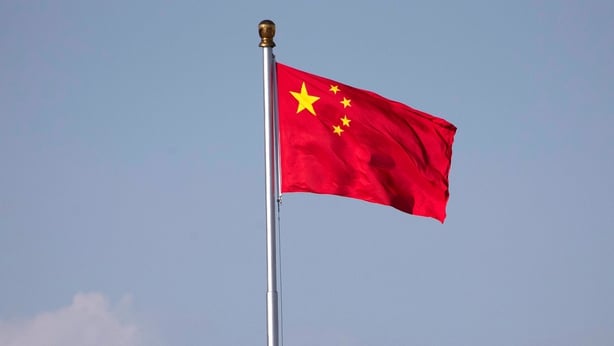 The CEO of Evergrande has expressed confidence that the company will emerge from its current crisis – but the markets are far from sure of this.

If he cannot convince people to buy houses and cannot borrow more, money will remain difficult to find.

Convincing someone else to abstain is also unlikely, as the size of the company makes it difficult for any White Knight to come to their rescue.

Meanwhile, the current state of the Chinese real estate market will make it difficult for the company to convince investors that it will be able to repay its debts down the line, if they are willing to renegotiate the terms.

Instead, many believe his only real hope for survival would come in the form of a government bailout – but so far there has been no sign of that happening.

Market watchers are also not hopeful, as state intervention would go against the hard line Chinese leaders have taken against its big profit-hungry corporations in recent times. It would also set a precedent that could come back to haunt the country if all those other indebted real estate companies started having their own problems.

Instead, China has so far focused on keeping liquidity in the rest of the system, with the central bank pumping nearly $ 19 billion in cash into the market.

But bailout or not, it will almost certainly have to do more than that if Evergrande’s story continues on its downward trajectory.