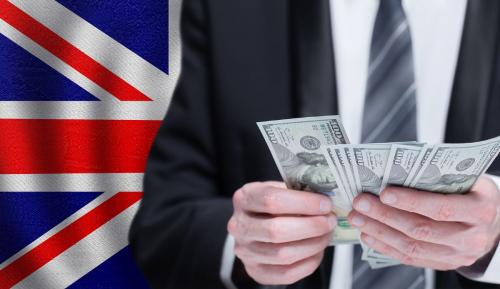 On 5 April 2022 the UK Government published the first review of the Insolvency Rules (England and Wales) 2016 (the Rules) (the Report). It is clear from the report that many respondents took the opportunity to raise problems encountered in practice, not only with the Rules, but with the operation of insolvency law generally.

In this alert, we have selected a few points from the report that we believe are of interest to practitioners. In particular, we will discuss proposed changes to the rule on the time and date of notices of appointment of directors, the practice of making solemn declarations remotely, the impact of the decision in Manolete Partners Plc v. Hayward and Barrett Holdings Ltd. [2021] EWHC 1481 (Ch) on Commencement of Insolvency Proceedings, Engagement of Secured Creditors in Fee Approval and Consent to Extension of Administrator Appointment, and Monetary Limit on Petitions in liquidation against the companies.

Time and date on notices of appointment

Historically, Rules 3.24(1)(j) and 3.25(2)(k) of the Insolvency Rules have caused confusion about what (if anything) should be included in a notice of appointment of directors regarding the date and time of their appointment.

The information is prescribed information, and failure to include it or questions about the wording to be used, led to a number of claims that required the court to consider whether the directors’ appointment was valid.

In Re Spaces London Bridges, the judge suggested best practice was to include wording that “this appointment will take effect on the date and time specified below as the date and time of filing of notice”, and since that case it has largely become standard practice to do so.

However, as the report indicates, practitioners felt that the requirement to specify the time and date of the appointment was superfluous and confusing. As such, the government says it is considering removing this requirement and, instead, the time and date entered on the notice by the court will suffice.

If amended, it would help remove uncertainties created by case law, avoid debate over the correct wording to use, and answer questions about the defectiveness of a director’s appointment.

A statutory declaration must be signed in the physical presence of an authorized person. This has become largely impossible during the COVID-19 pandemic due to work-from-home mandates, but given the requirement under insolvency law that notices of intent and appointment of directors must be sworn by solemn declaration, a solution was needed.

This was provided with the introduction of the first Temporary Insolvency Practice Direction which set out a procedure for remote swearings in, which if followed meant it would not invalidate a director’s appointment. Respondents to the review suggested that these temporary changes should become permanent.

While remote swearing is useful when parties are located in different locations, especially given the rise of hybrid and remote working practices, as well as allowing swearing to be completed when people isolate themselves, unfortunately, this will not become a permanent feature of the insolvency regime. This is because it requires a change in primary legislation, which is outside the scope of the review. Disappointing yes, but not surprising.

However, provided that the current practice direction (MIPD 2021) is not withdrawn, for the time being at least, the possibility of having notices of intention and notices of appointment of directors remotely sworn, remains valid. .

The Manolete Partners Plc v Hayward and Barrett Holdings Ltd case [2021] EWHC 1481 (Ch) was a particularly unwelcome decision for insolvency practitioners and assignees of insolvency claims, given its impact on insolvency litigation and the requirement to bring two proceedings arising of the same facts.

Our previous blog post, which explained why this decision was such a blow to practitioners, reflects many of the concerns raised by respondents to the report, including that it is inefficient and undesirable to have separate tribunals with procedures different ways to decide the case, increased costs, longer proceedings and an administrative burden for the courts.

The report helpfully acknowledges these concerns and the insolvency service will assess the position with a view to possibly modifying the scope of the insolvency claims. This is great news for practitioners and as a result, we could see a return to earlier practice where only one procedure was required.

However, as with many suggested areas for improvement/revision, additional details will be provided in due course and there is no timescale for change; therefore, until then, in light of the findings of the Manolete Partners case, two sets of proceedings may be required.

One of the problems faced by insolvency practitioners when it comes to approving fees or consenting to extensions of administration is obtaining approval from secured creditors.

It is difficult and sometimes impossible to obtain the consent of secured creditors when they have been (or will be) paid in full, because they have no interest in engaging in the administration procedure.

A number of respondents called for the rules to be changed as the lack of commitment creates difficulties in practice.

While acknowledging that initiation can sometimes be difficult, the Insolvency Service says there are no plans to change these rules. Instead, it confirms its (apparent) long-standing view that creditor qualification is fixed at the time of entry into proceedings, which means that secured creditors, even if paid, but must be included in the decision-making process – a point that has been debated for some time.

The report adds that Rule 15.11(1) will be amended; to specify that when a decision is required from fully discharged creditors, a notification must be sent to them.

Although the statement of the report on the classification of creditors relates only to the approval of administrators’ fees, it is likely that it also extends to any decision requiring the consent of the secured creditor, including the consent to extend a administration.

This position is problematic for insolvency practitioners, who often cannot obtain the consent of paid secured creditors (and preferred creditors), leaving them with the only option of going to court, but given the position of the government on this issue, the industry is grappling with this frustration.

Due to the pandemic, the threshold for making liquidation petitions has been temporarily increased to £10,000 but, as of April 1, 2022, it is now back to £750 (see our previous blog post).

There had been rumors that the increase to £10,000 would become permanent and although that was not the case the Insolvency Service said it would reflect on experiences during the pandemic and consider further whether it the threshold had to be increased to provide greater protection to businesses. against creditors with small debts. If increased, it would bring petitions closer to the bankruptcy petition threshold.

Overall, the report contains some useful pointers and suggested positive changes, but nothing seismic and it may take some time before some of the even minor corrections to the regulations are made due to the pressure on the parliamentary time.