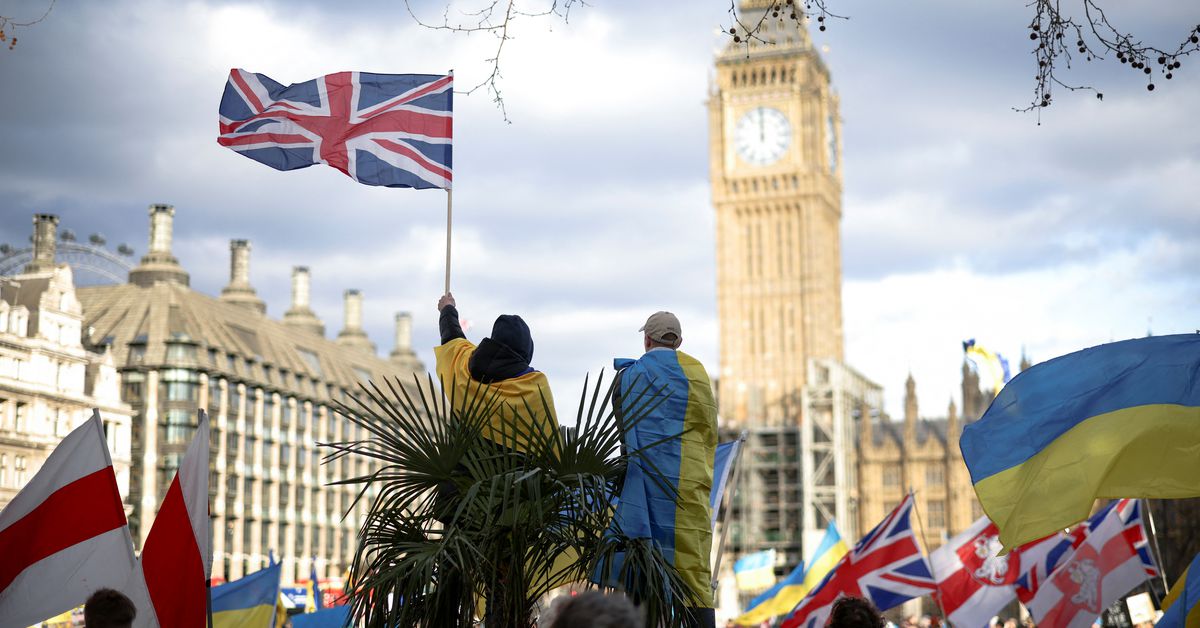 LONDON, March 6 (Reuters) – Britain will seek to speed up its sanctions process on Monday via new legislation aimed at allowing ministers to tighten restrictions on Russian businesses and wealthy individuals.

The Economic Crimes (Transparency and Enforcement) Bill is before Parliament next week as Britain attempts to punish those with links to Russian President Vladimir Putin in response to his invasion of Ukraine.

A protester holds a British flag during a demonstration against the Russian invasion of Ukraine, in Parliament Square in London, Britain March 6, 2022. REUTERS/Henry Nicholls

“Punitive sanctions are meaningless until they are properly implemented, and these changes will allow us to prosecute Putin’s allies in the UK with the full backing of the law, without doubt or legal challenge. “said Prime Minister Boris Johnson.

Britain has already sanctioned some individuals, banks and businesses, but has been criticized by opposition activists and politicians who say it has moved too slowly to crack down on Russian oligarchs and businesses.

Among the technical changes made to the bill is the creation of a legal power to sanction individuals or companies already subject to sanctions by allies such as the European Union, the United States and Canada.

Reporting by William James in London and Akanksha Khushi in Bangalore; Editing by Kevin Liffey and Pravin Char

195 companies go to bankruptcy court in the December quarter